Once upon a time in Sicily

Dolce&Gabbana Winter 2015 Womens Fashion Show‬ – Once upon a time in Sicily…
Hoods, Fairies, Flowers, Helms, Keys, Fireflies, Enchantments, Elves, Animals, Dreams, Secret garden, Romantic, Tchaikovsky. Once upon a time in Sicily, Domenico Dolce & Stefano Gabbana fell asleep and dreamed a fairy tale. Then they based their new collection on it. Which was obvious from the moment an enchanted forest rose from the bowels of the Metropol while snow swirled and Tchaikovsky’s “Dance of the Sugar Plum Fairy” played. 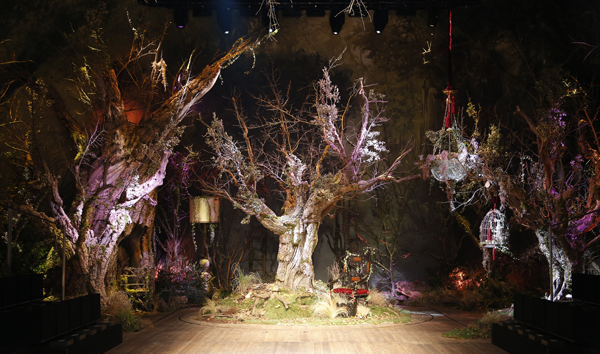 “Enchanted Sicily” was the title Dolce & Gabbana Fall Winter 2014-2015 women’s fashion show gave their collection, but what we saw was actually a timely departure from the overtly folkloric tone of the duo’s recent collections. As wonderful as they have been, there was an inevitable sneaking suspicion that the Sicilian vein was nearing the moment when it would be well and truly tapped. Here were ten of the all-black, widow’s-weeds-y outfits that established Dolce&Gabbana’s fashion signature three decades ago, but they were like breathing spaces in a fantastic riot of fairies, princesses, owls, foxes, squirrels, and swans. There was even a frog for a princess to kiss. Sicily was still in the mix,  The island has been enough of a cross-cultural historical crossroads that you can basically pick an influence and run with it. The recurrent motif in the collection was the key that opened the door to a secret garden. For all the arcana of their inspiration, the clothes themselves managed to build a bridge to the real world, or at least a world real enough for a woman to wear an A-line tweed coat with a little appliqué, a skirt suit in deepest forest green, or even one of the beautiful Riding Hood capes. As a shortcut to escape while the world’s weather patterns surrender to globally warmed insanity, they could scarcely be more apt. 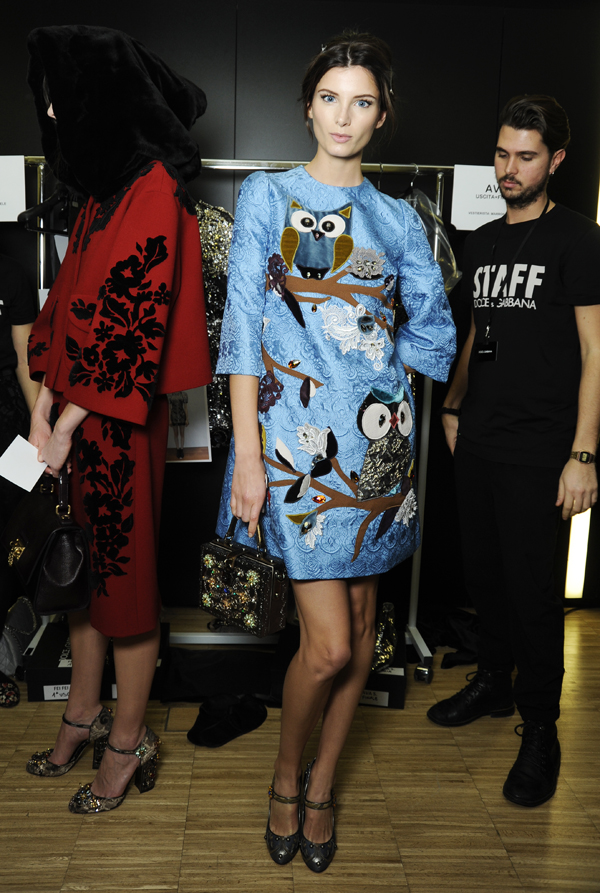 All of them were rendered in charmingly naive appliqués. The owls on a blue brocade shift were a particularly memorable combination of ultra-cute and hyper-sophisticated. 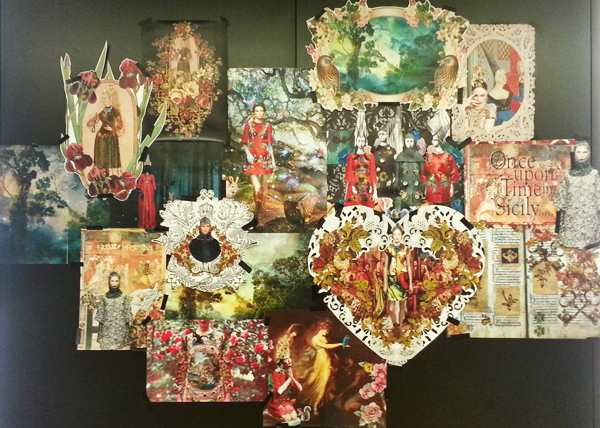 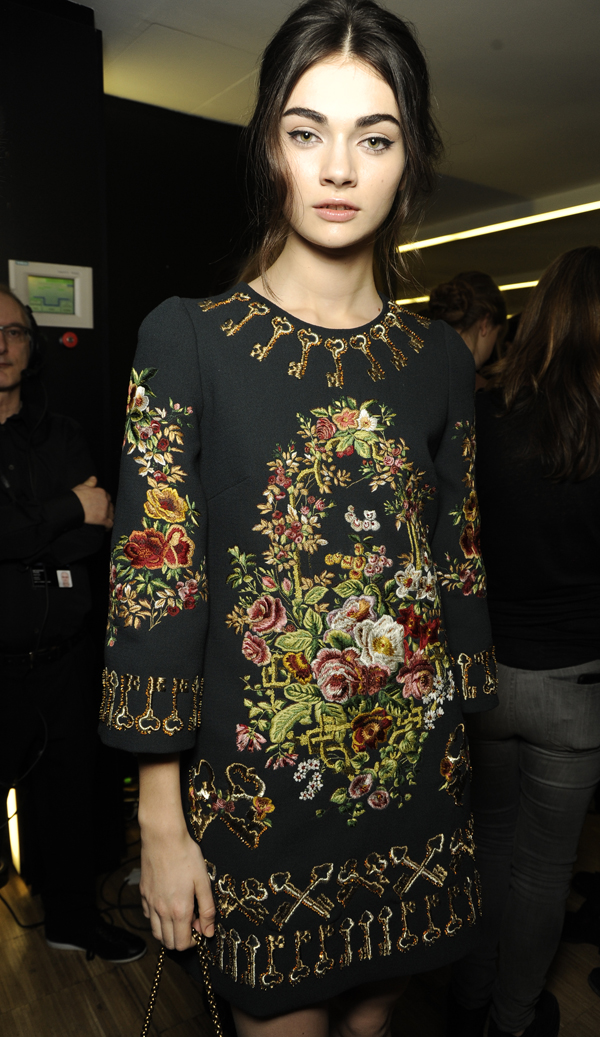 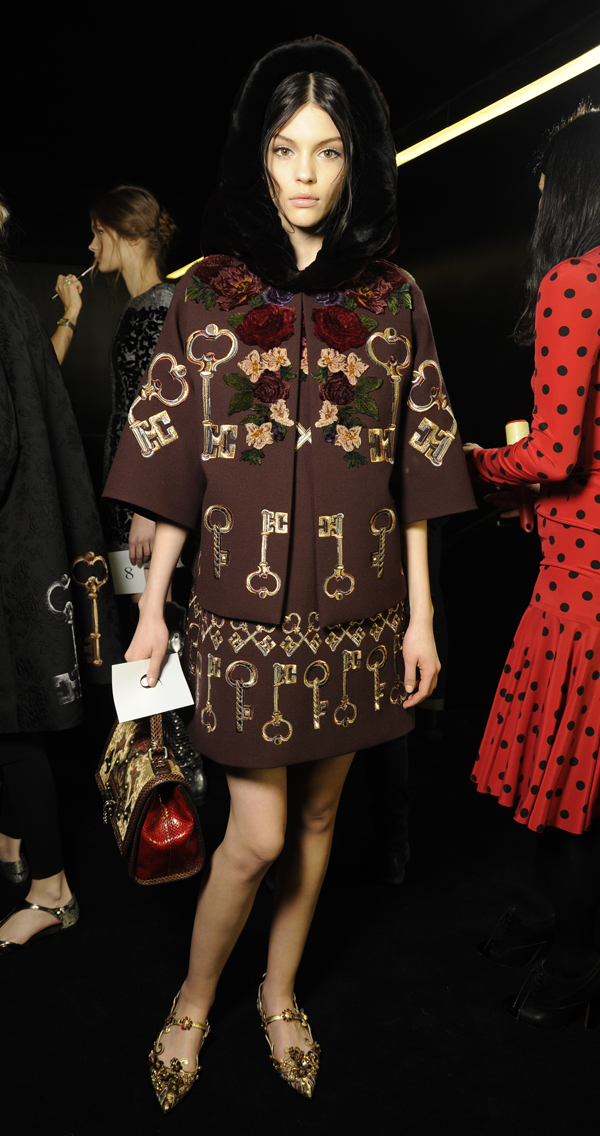 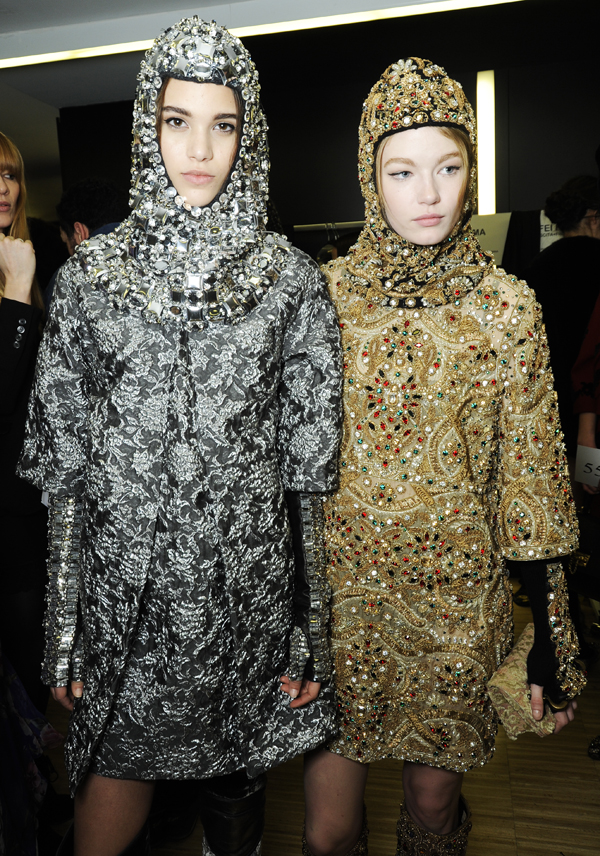 Sicily was still in the mix in the same way it featured in the men’s collection in January. The island has been enough of a cross-cultural historical crossroads that you can basically pick an influence and run with it. For the men’s show, it was the seven Norman kings who swept down from the North. Here, it was their female consorts who inspired the embroidery and gilding, the gothic appliqué, the studded balaclavas and gauntlets. Those antique invaders brought their myths and legends with them, and that, according to Gabbana, is when fairies arrived in Italy. 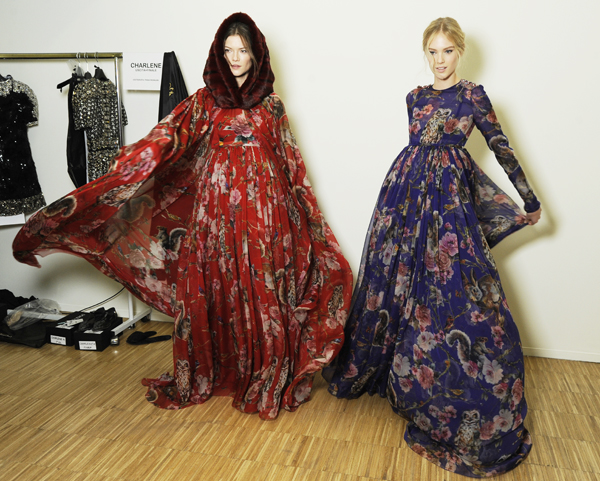 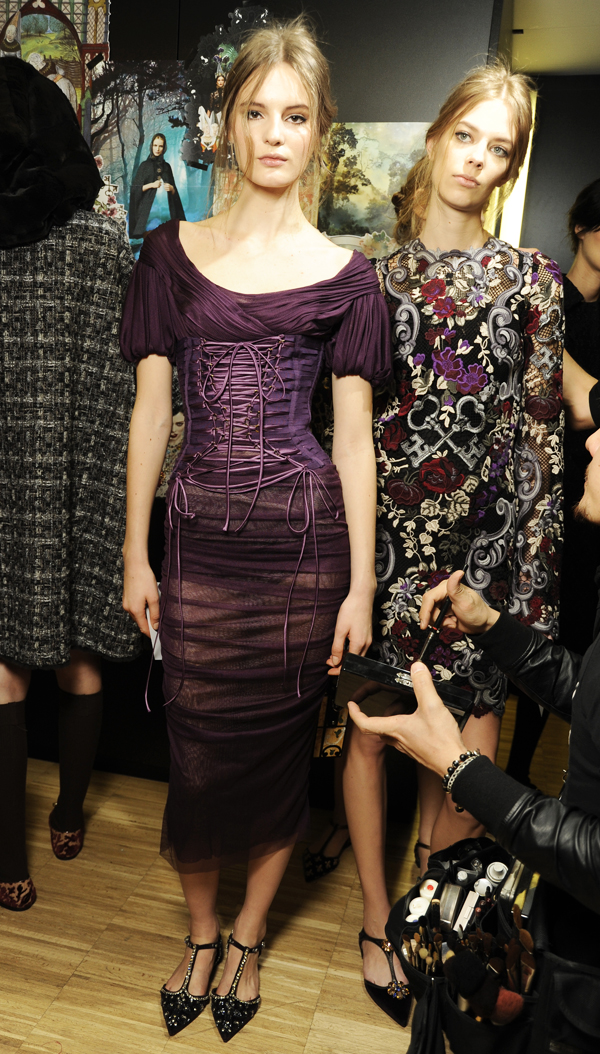 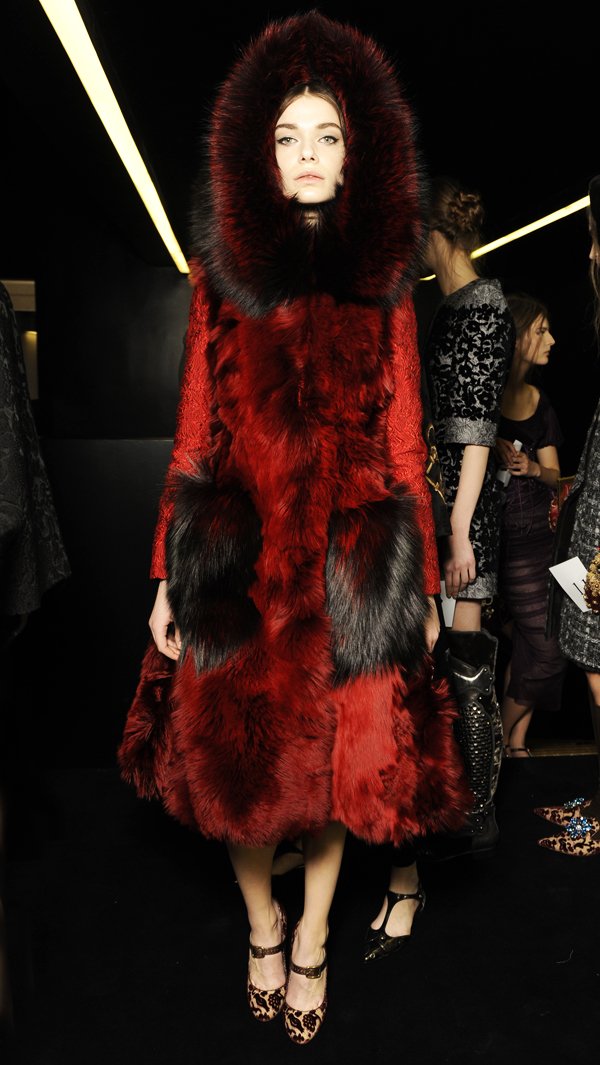 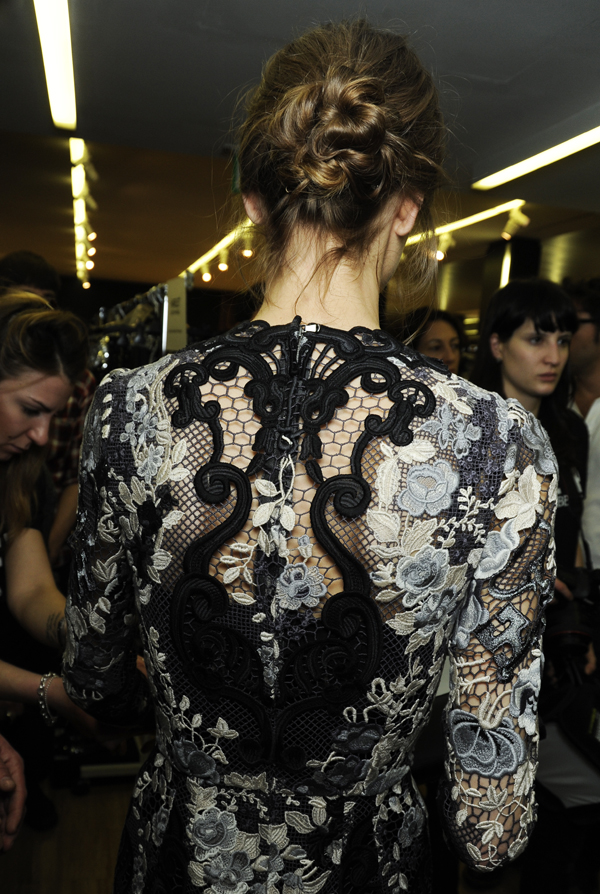 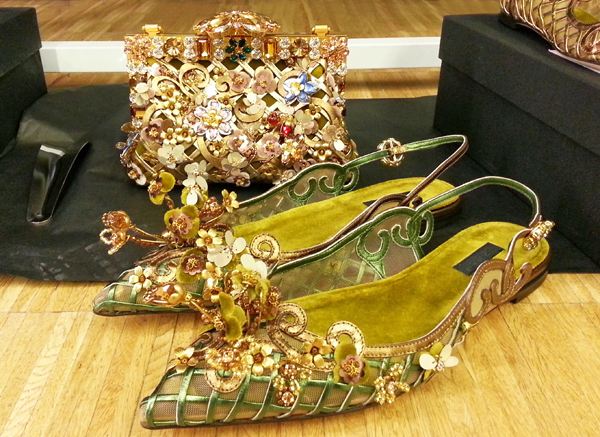 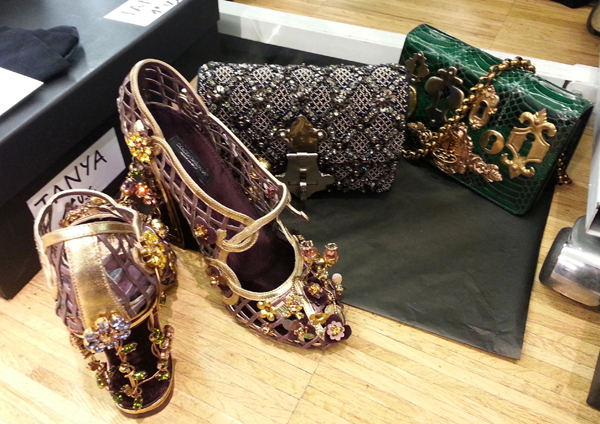 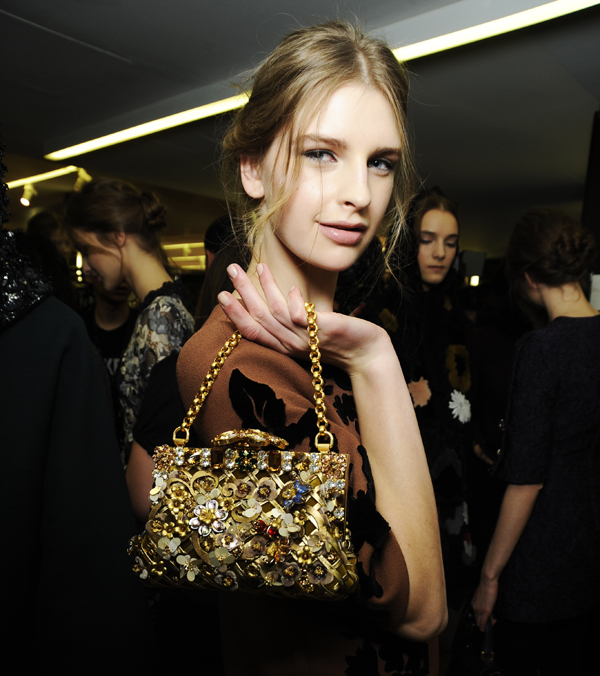 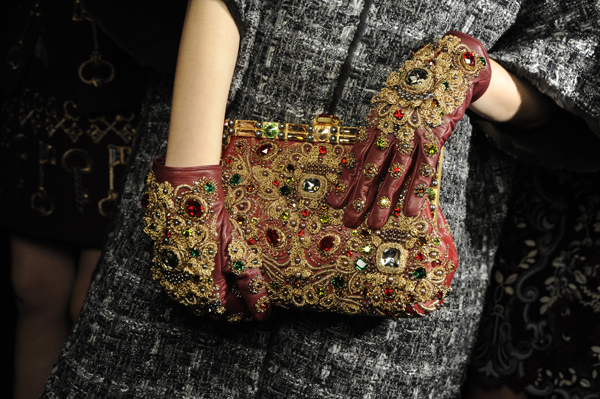 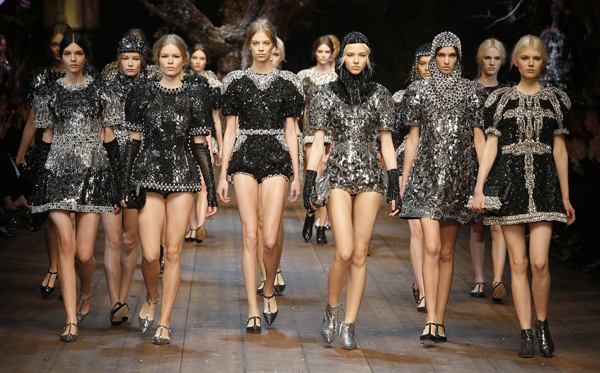 They marched a platoon of gothic Tinkerbells down the catwalk as a finale. 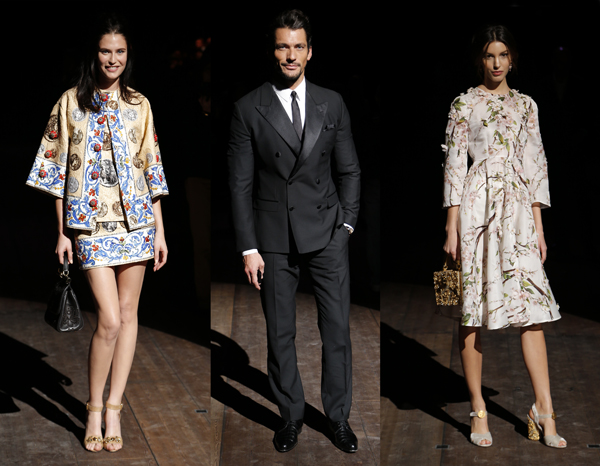 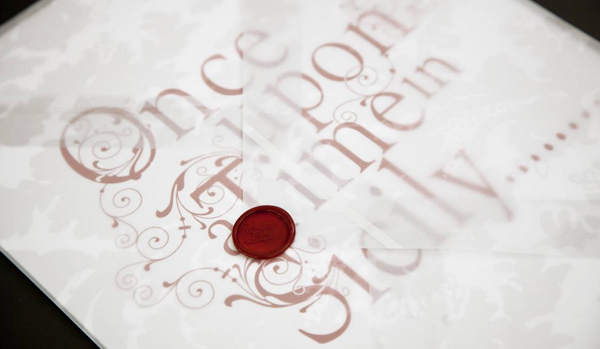 Invite of Fashion show: Once upon a time in Sicily…  A fantastical fairy tale adventure on the Dolce & Gabbana FW2014/2015 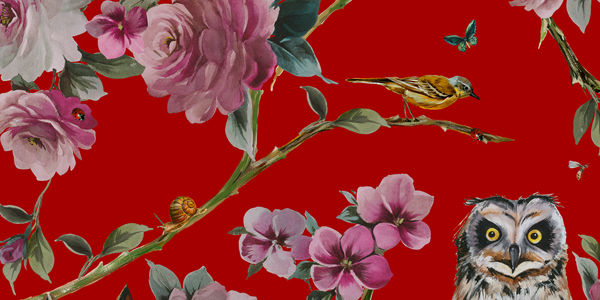 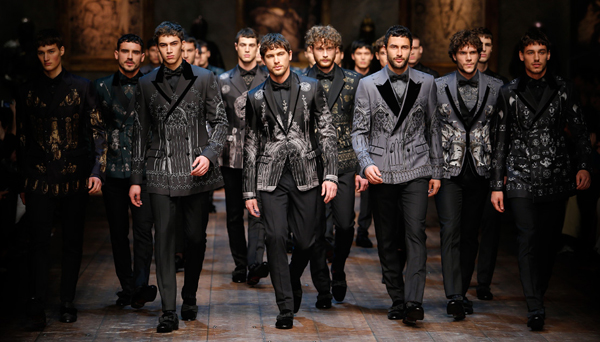 Sicily was still in the mix, but in the same way it featured in the men’s collection in January. The island has been enough of a cross-cultural historical crossroads that you can basically pick an influence and run with it. For the men’s show, it was the seven Norman kings who swept down from the North (very Lord of the Rings). 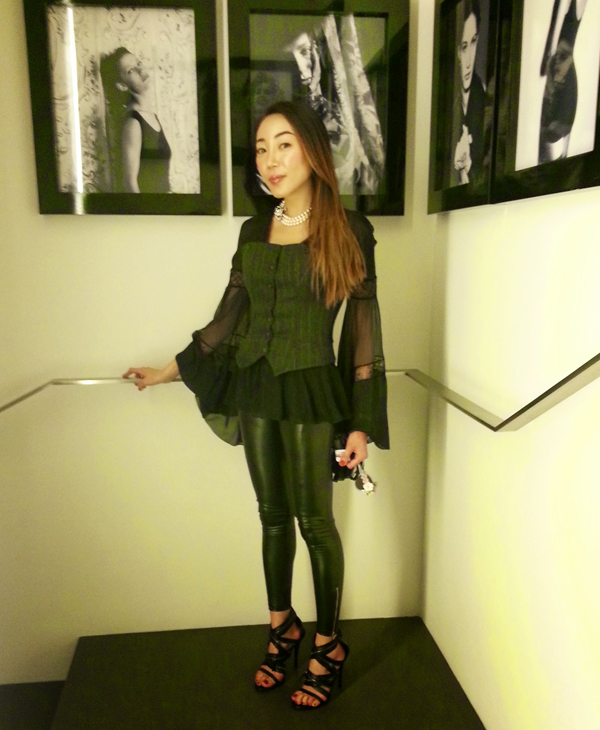 As always i arrived at the theatre three hours before show time for meet head designer of womenswear explained to me the mood, inspiration and all details of the collection. He was very emotional when describing the details and i was really taken a back by the quality. I was spoiled for choice looks for the @Dolce&Gabbana women fashion show FW 2014/2015! I can’t wait to see some great shows FW 14 women fashion show! Well! Dress code: Total black! Should be always glamorous. Keeping these three keywords: Feminine, Elegant and Romantic. I try to creat to different ways to wear with Dolce&Gabbana adding my personal taste and mixing different things to create my own styling! Symbolising elegance Black & perls are truly timeless! 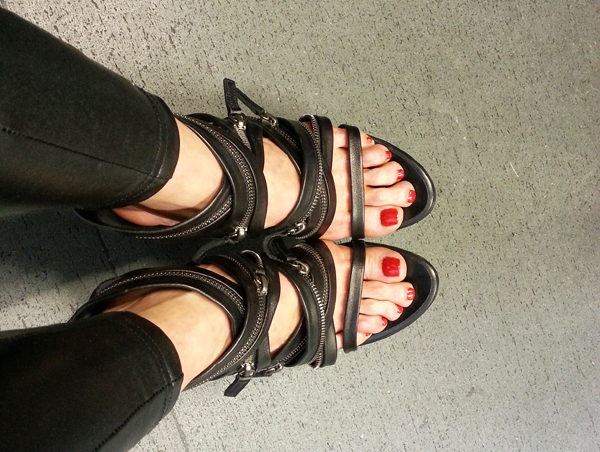 Mixing up with military feel sandals by Giuseppe Zanotti for Balmain for maximum effect. 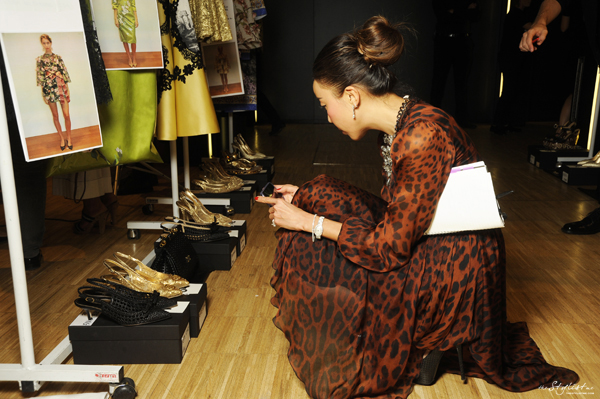 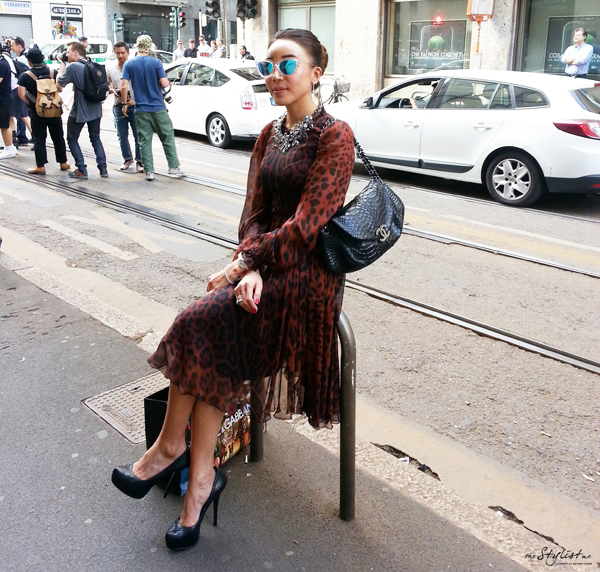 Hope you’re enjoying your life and living every minute to the fullest!

I hope you like it as much as I do. #milanfashionweek! 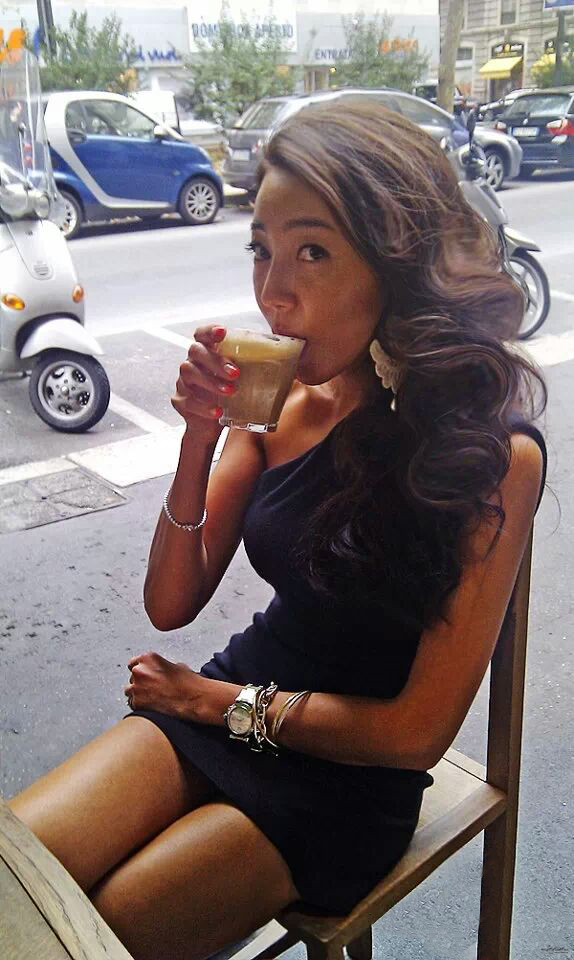 Ps. Fall in love with as many things as possible… All you need for love