In love with Paris 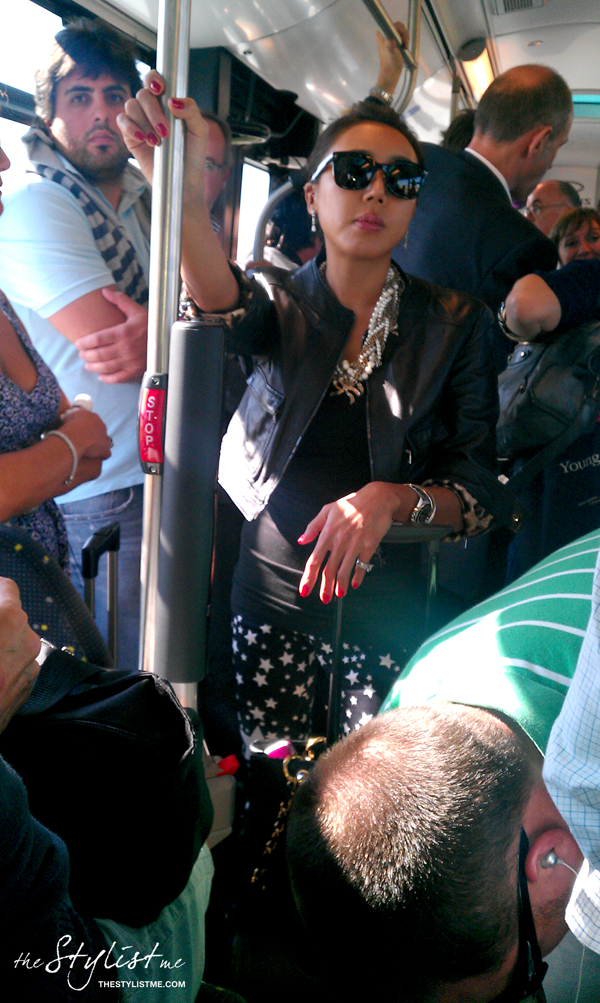 After Milan Fashion Week I headed to Paris. It was my first ever Paris Fashion week so I was literally giddy with excitement! After scrupulously planning my wardrobe and raiding the Dolce&Gabbana showroom for samples, I arrived in Paris with a suitcase full of autumn clothes and virtually summer weather! But Paris being Paris, and fashion week, being fashion week, I had no time to faff around and headed straight to the first show!

After the Dior fashion show, while on my way to the next show I had to stop over at the Tour Eiffel. Each time I visit Paris I just have to pop by the Tour, it’s the most romantic place in the world. My FW11 sequined blazer with and my monochrome leopard print bustier were the perfect Parisian chic ensemble. 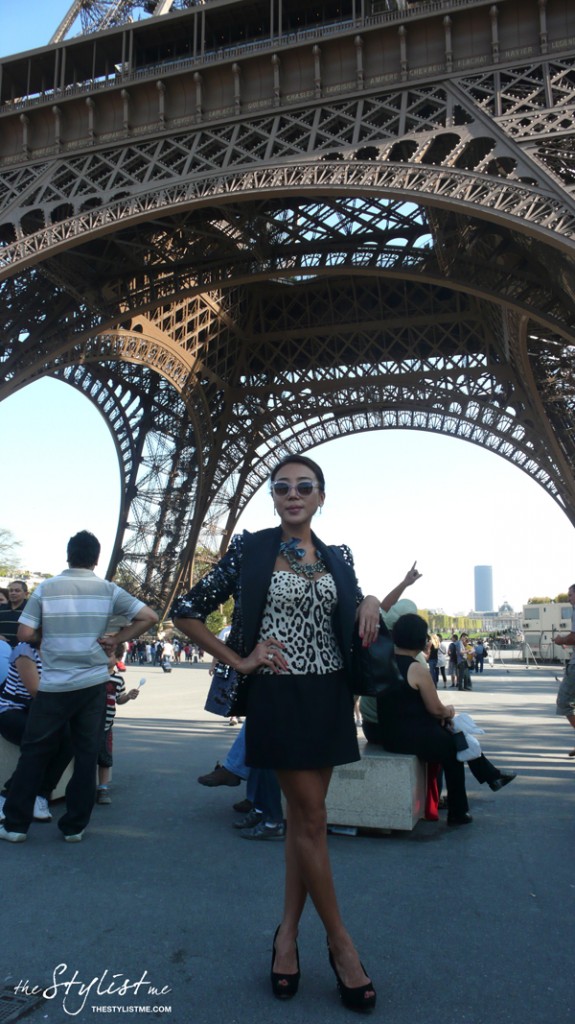 While waiting to go to the next show, I tweeted to let my followers know what I was up to. I have to admit that since I discovered the world of social networks, (Facebook and Twitter), its become a drug! I can’t be separated from my iphone! 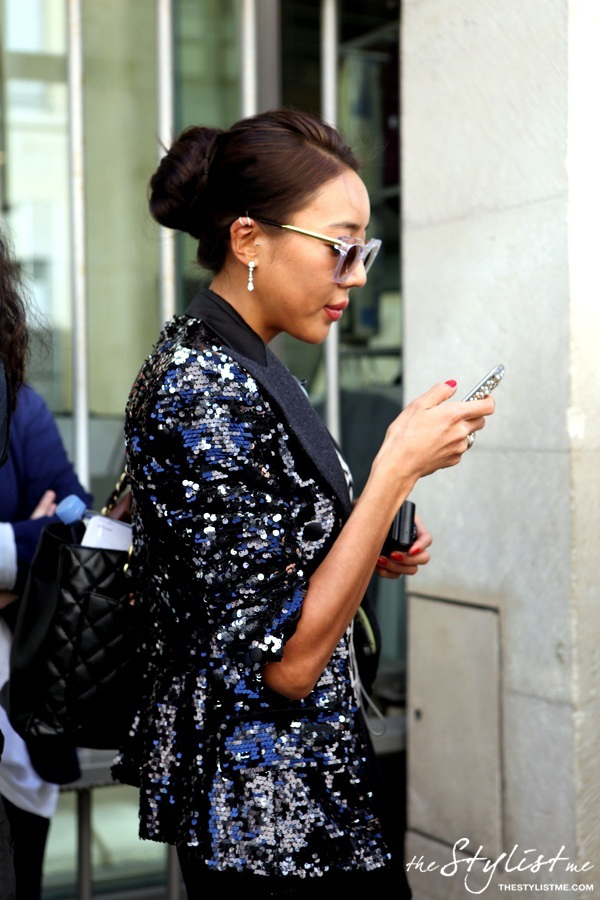 Paparazzi, and photographers were everywhere! I didn-t know where to look! Hahah 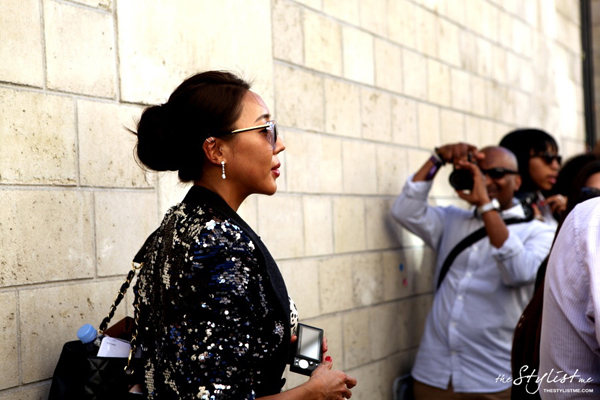 One of the Milanese guests was Anna dello Russo! 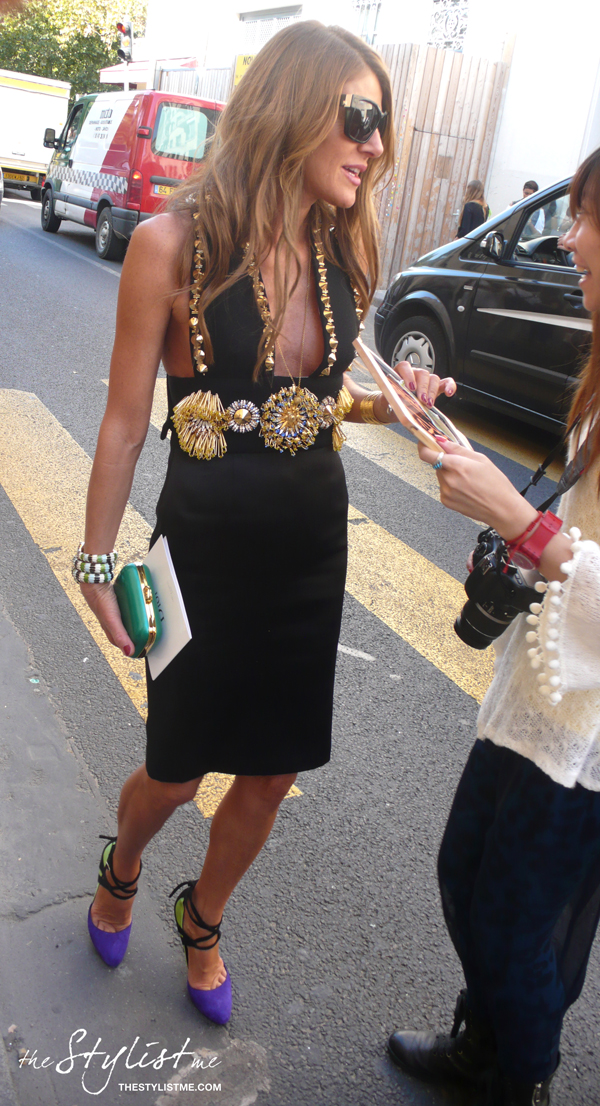 After a long day full of shows I headed for a drink with some of my Parisian friends. I just had to be snapped on this bridge. I love the Parisian life style, the language, the city and of course the shopping! 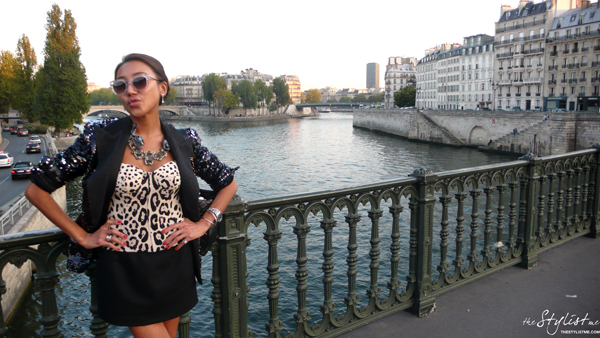 One of my best friends in Paris is Sebastien. He’s typically Parisian, kind and nice. When he talks it always seems as though he’s telling you a fairy tale. So lovely. He took me to dinner in a very cool fashion spot. 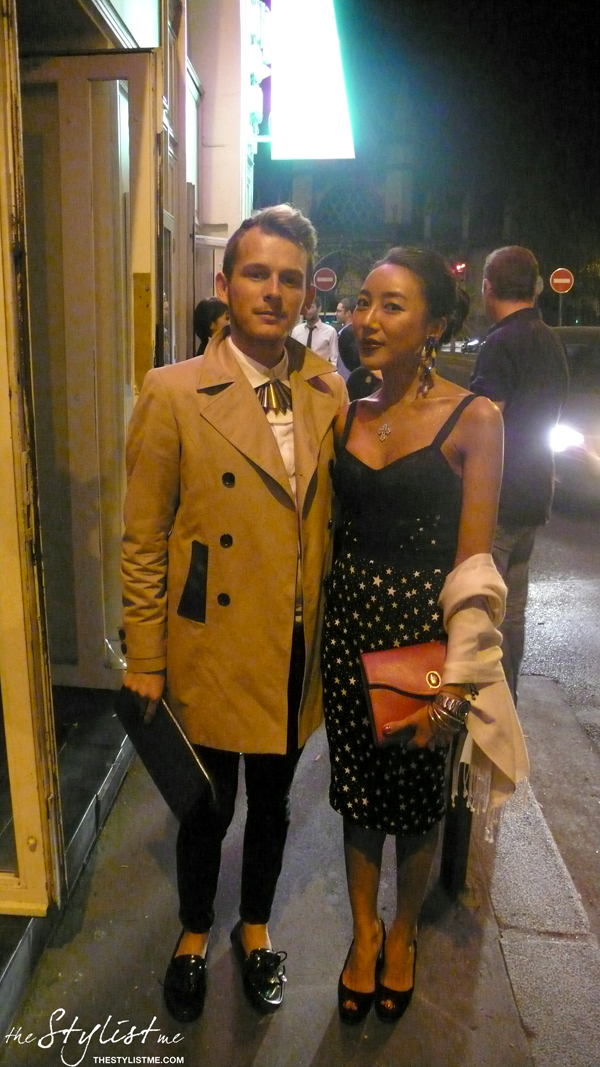 It was a special evening for the city of Paris, all the restaurants and bars were open till late. Obviously I could the iconic star print from the Dolce&Gabbana FW11 collection could not be misses. I matched it with a classic bustier chandelier earrings and a vintage Dior clutch for some colour. 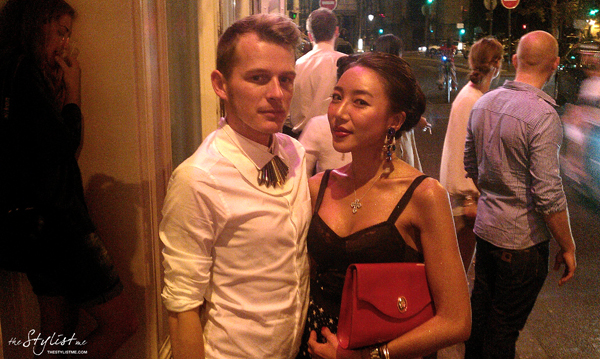 The following day I was wrapped up in the foulard collection, even though it was mid September, the weather was so warm and summery. 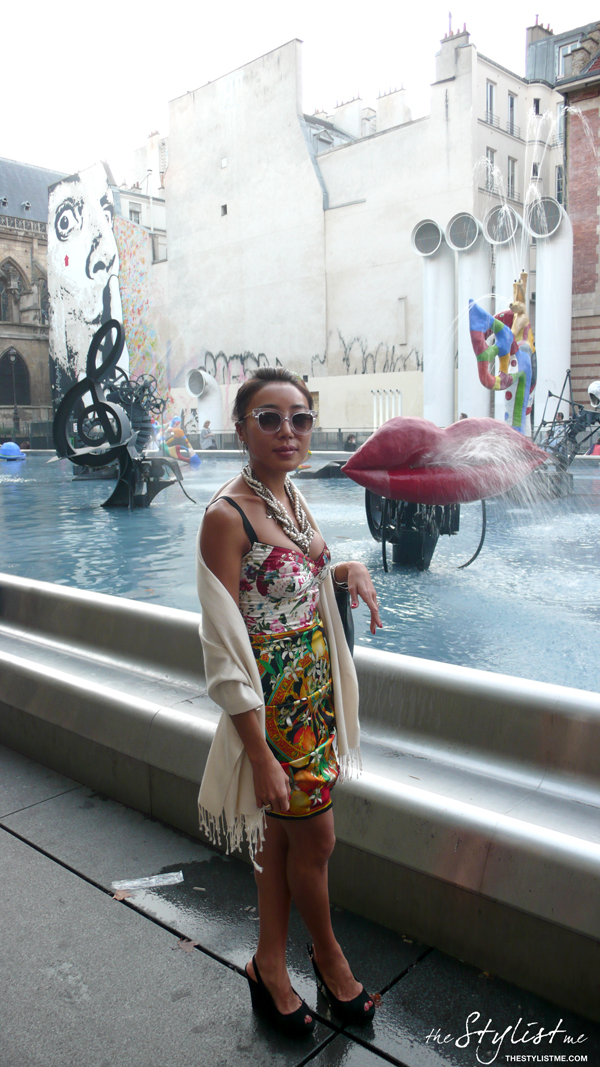 On my last day in Paris, Yigit Turhan, and I were invited to a brunch at some of Sebastien’s friends’ house. 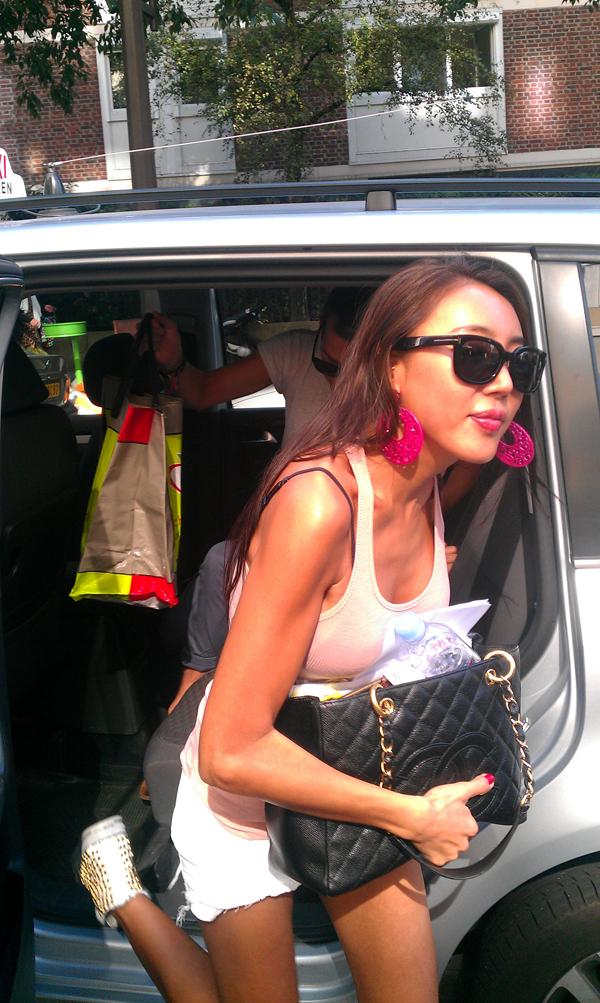 The menu Vincent prepared for was just up my street! Super healthy, based on the vegetables he gre in his own garden. It was a lovely meal with lovely company. 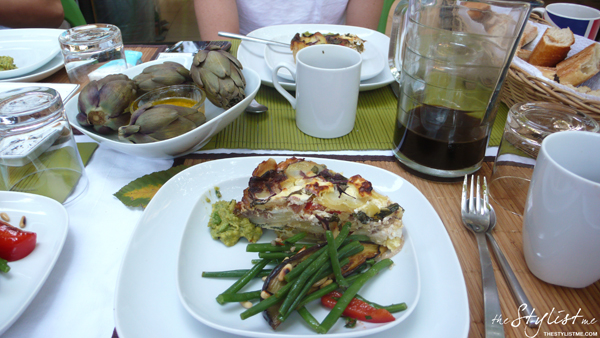 This was the infinite queue outside the Christian Louboutin boutique. After 3 hours and the queue hadn’t moved an inch… I gave up! 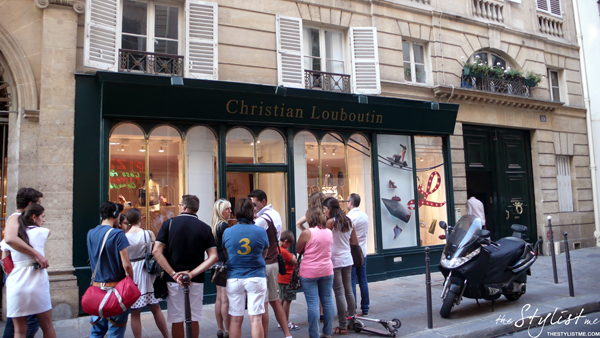 Instead I went for a lovely walk in the park. 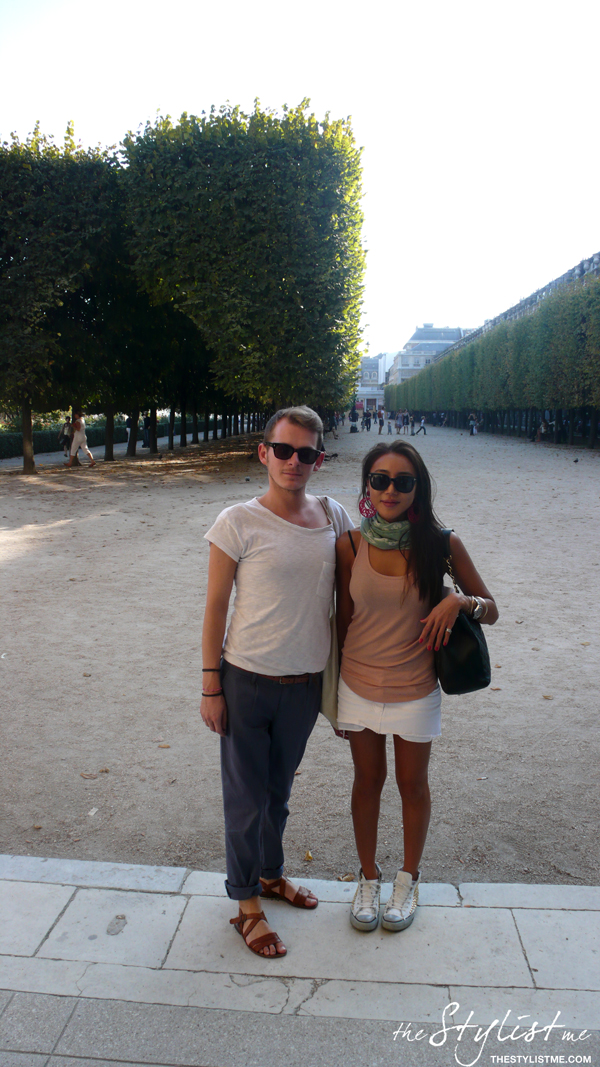 One of my favourite things about Paris are the bistrots and the pavements outside covered with little tables and chic Parisians drinking coffee and chatting. <3 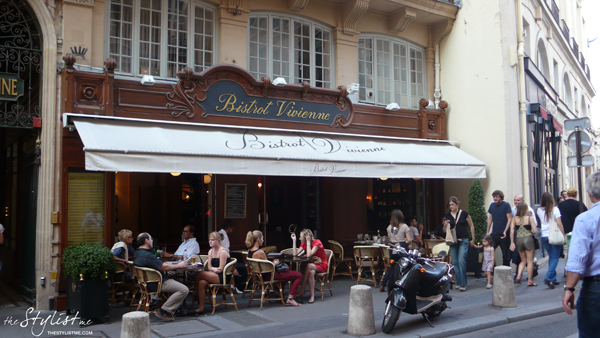 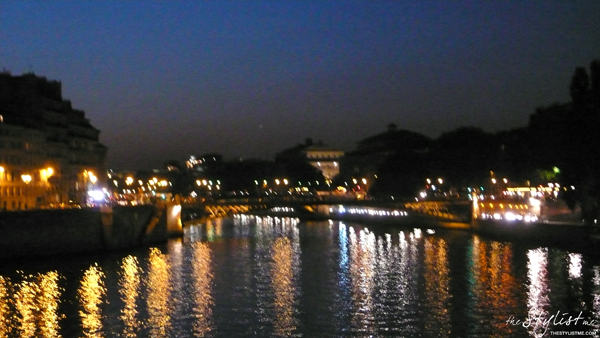