I’ve been preparing my Halloween outfit for the Hallowood 2012 religion edition for like two weeks. I decided to create a mix and match mood inspired by Victoria Secret Angels and Marie Antoinette. I was so excited to make the clothes and angel wings all by myself. I’m an atheist, but I do believe in something otherworldly looking down on us from above the clouds- I just don’t have a fixed religion. I guess my religion is Chanel! It was really fun to create the outfits, the scouting and researching as well as the actual making of the different pieces. 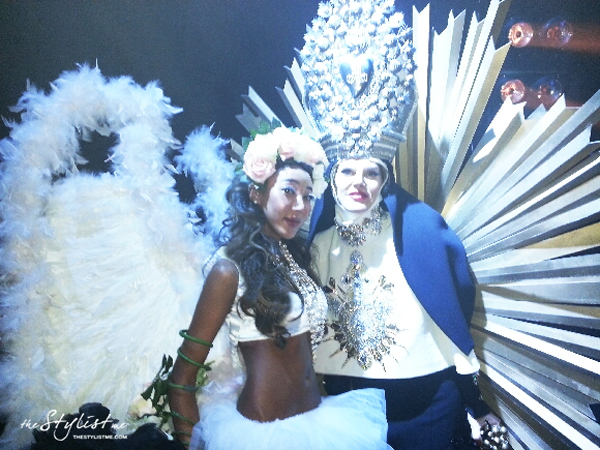 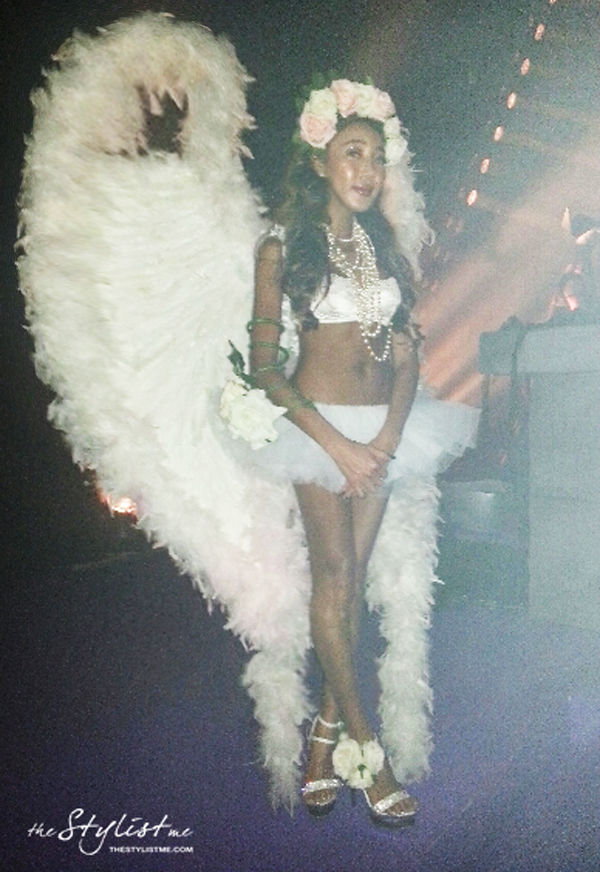 As you’ve seen in the previous post, the preparation of the costume was a long one. I couldn’t tell you more as the look was top secret and I really wanted to surprise you all! It took me such a long time to put the look together and it turned out exactly how I wanted it to, but I couldn’t have dreamed of so many compliments and positive feedback! I was sooO Happy to managed to create the Angelic look & accessories for the Hallowood 2012 party, exactly how i imagined, actually so much better! Guess who s in the photo with me? Have you ever seen such a chic burqa? It’s my lovers! 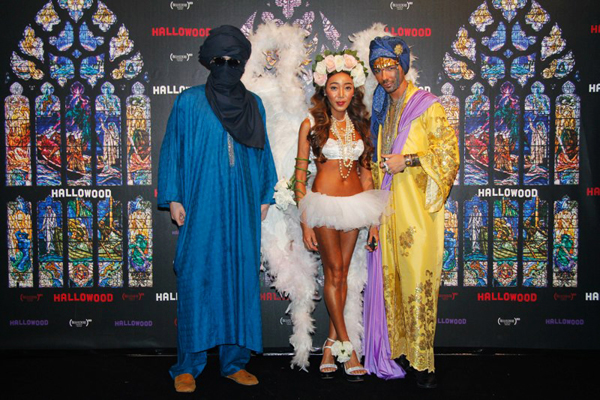 A very good friend of mine at the party @Luca Borin And a special thank you to @Marcello Tomasi for help me making the wings w/ LOVE. 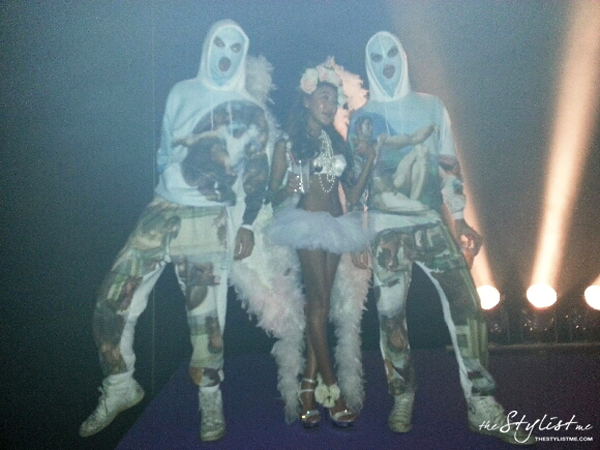 my lovers @Giuliano Federico & @Maximilian Marchesani were inspired by Michelangelo’s Creation of Man in the Sistine Chapel. I loved their look. Here I’m standing in between them- ruining the effect. I loved their look and they loved mine! look. 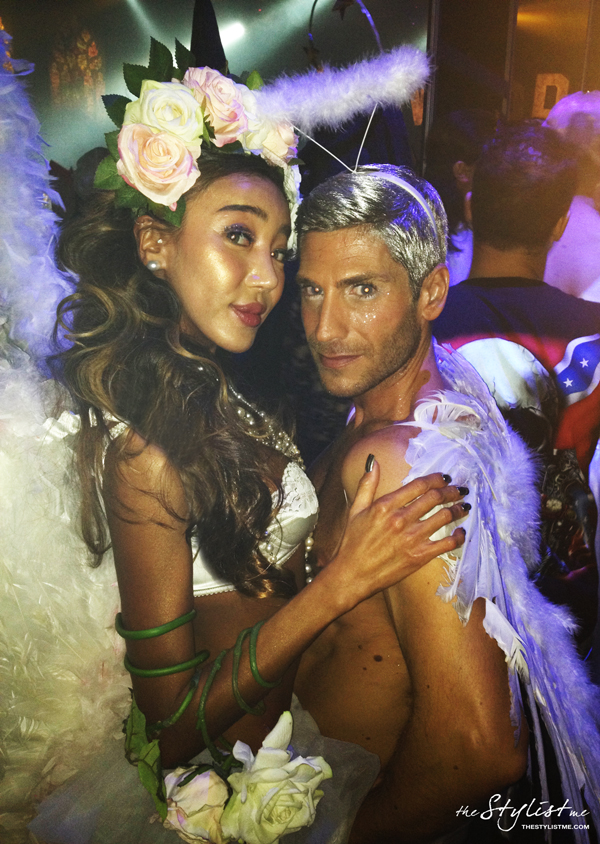 Here there are two lovely angels: me and @Alessandro Sicoli. 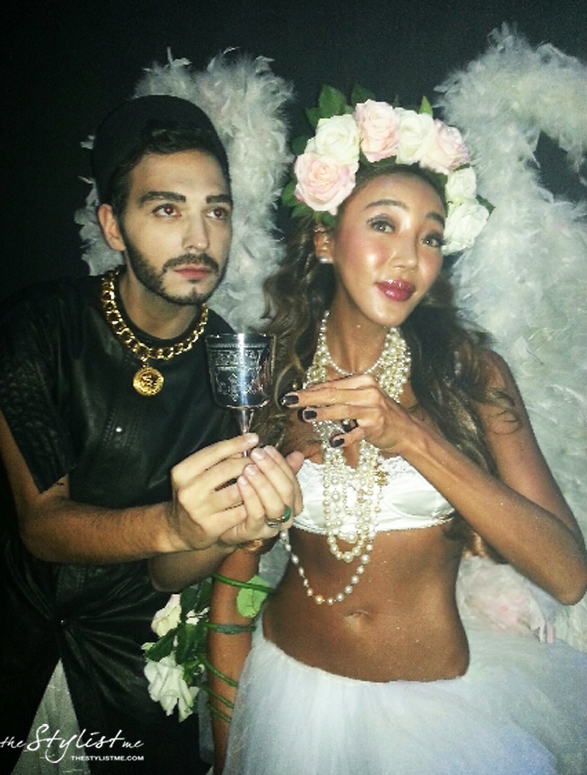 @Domenico Russo was very complimentary, he said “You look beautiful, if there was a word that meant more than beautiful, I would have used that”! How sweet! 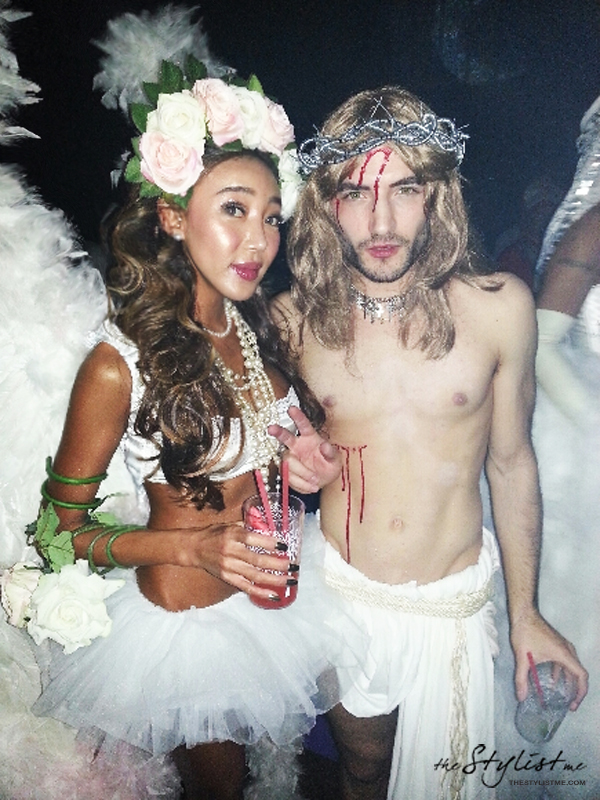 @Andrea Ravieli as Jesus! This pic is just right! 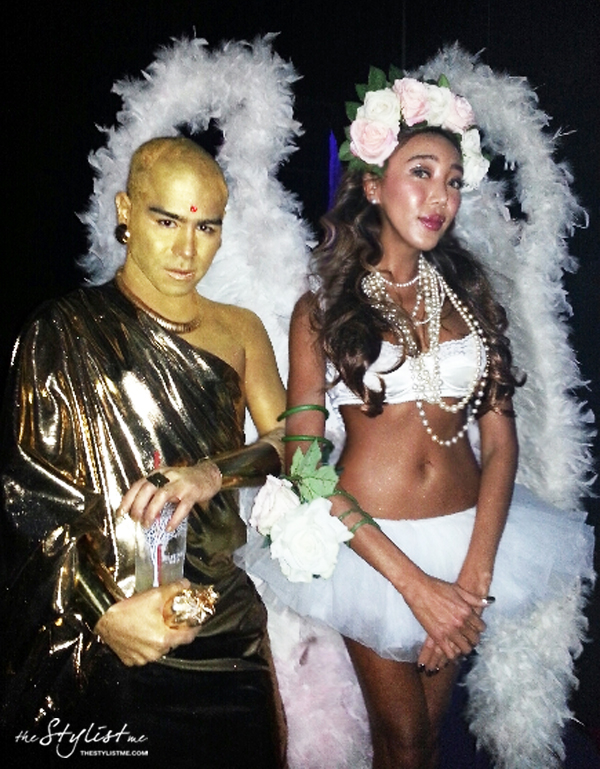 @Luca Incani I don’t know how long it must have taken him to remove the gold, but he really did look great! 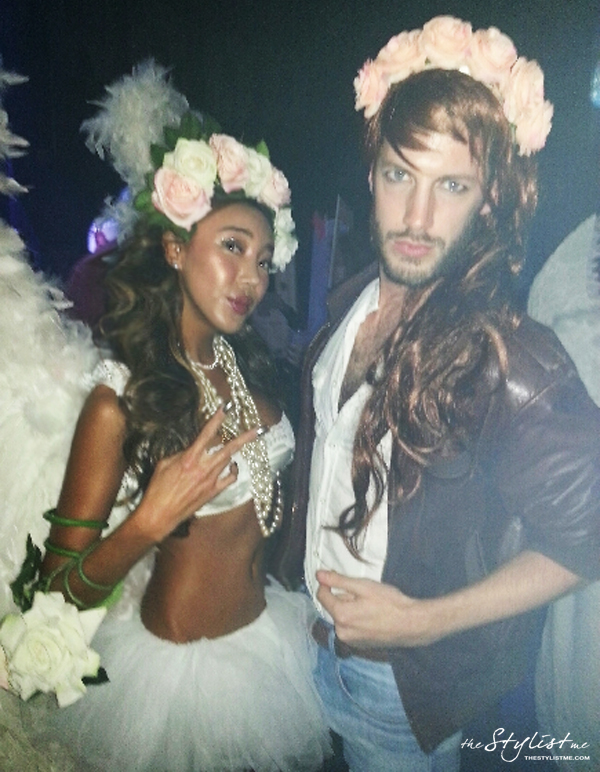 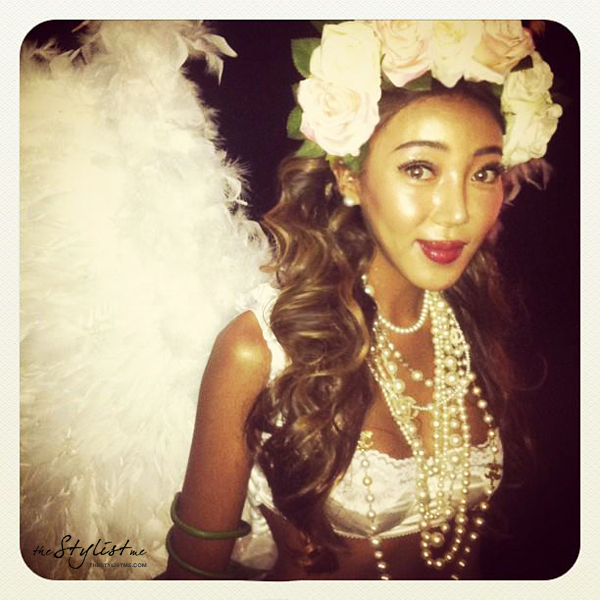 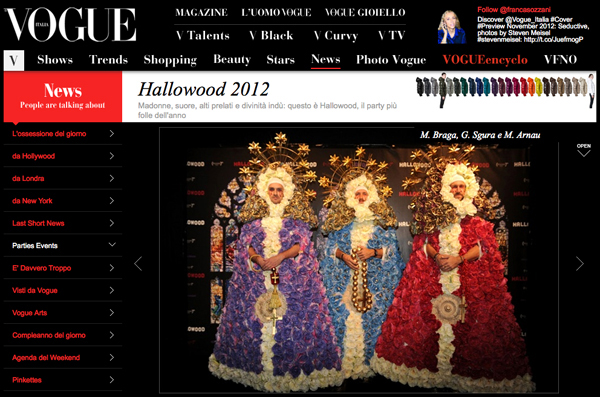 Thank you @Giampaolo Sgura @Miguel Arnau @Marco Braga for having invited me to #Hallowood 2012.the picture from Vogue.it 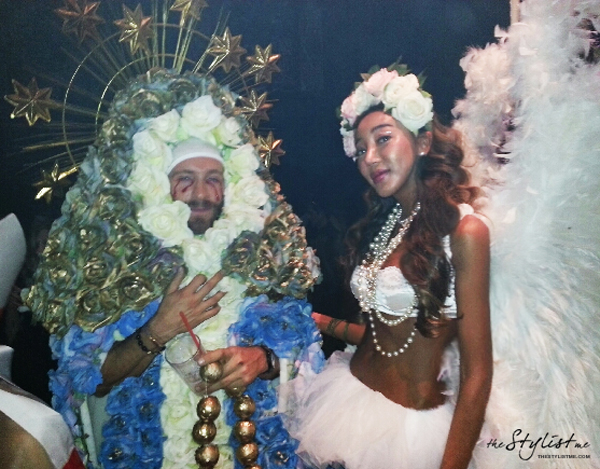 It was such fun, both the party and the making the costume! I managed to create the Angelic look & accessories for the Hallowood 2012 party, exactly how i imagined, actually so much better!

Here is the atmosphere of the party. Everyone who attended made a huge effort with the costumes, everyone looked different, and very special! 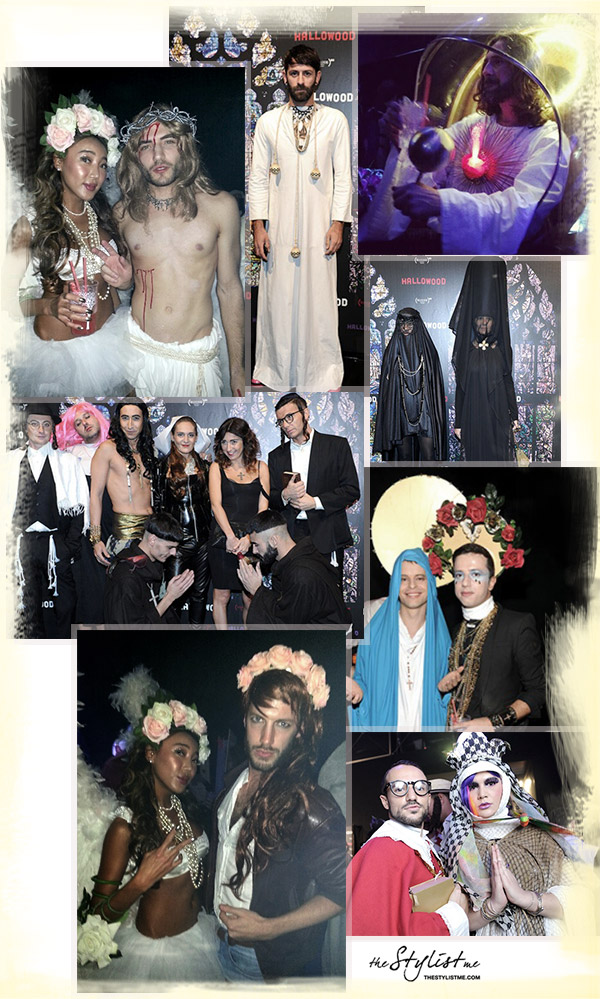 The party was held at @Giampaolo Sgura‘s studio. It’s a lovely space. 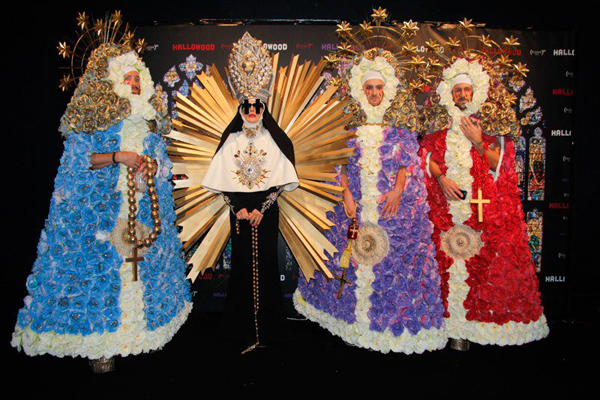 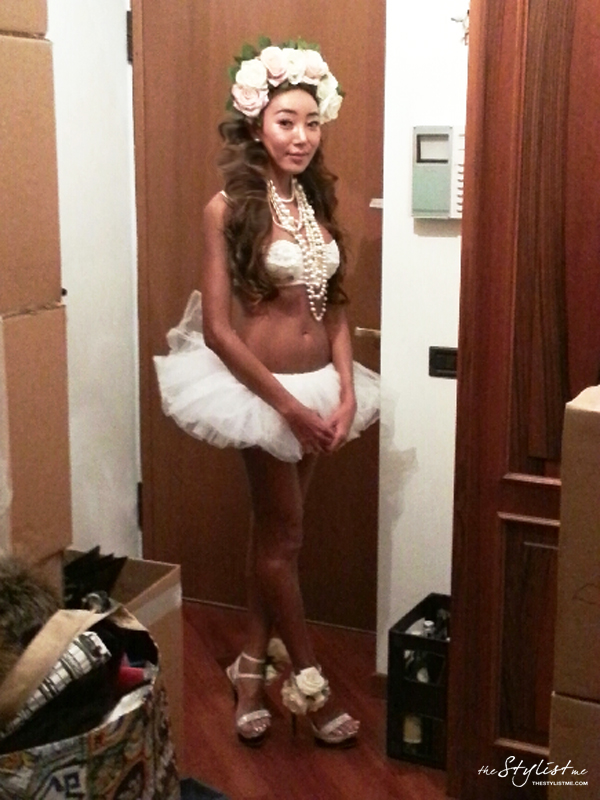 As well as preparing the accessories and the wings I was in the middle of my move into the new house, which is so pretty and so perfect for me! As you can see, there are tens of boxes still to unpack. LOL 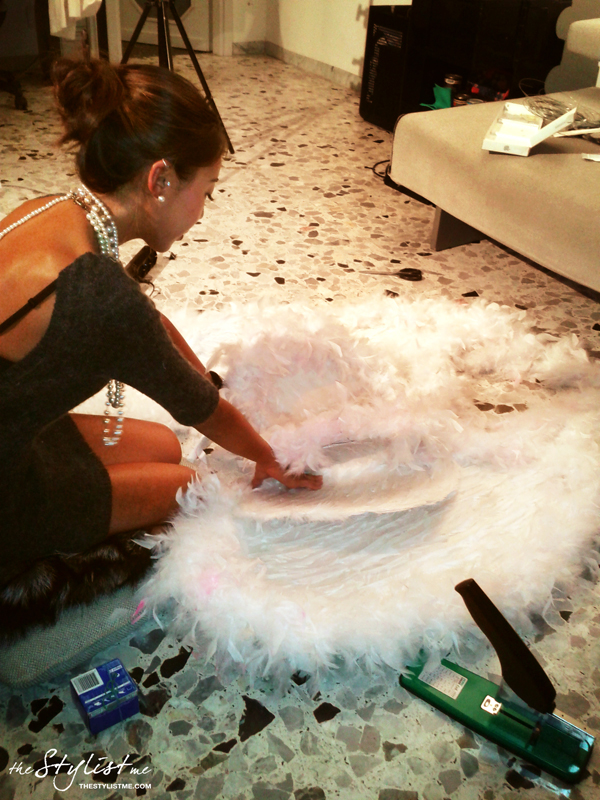 As I went on putting the wings together I kept getting new ideas on things to add and details to finish off the wings. They had to look special and had to look very me. 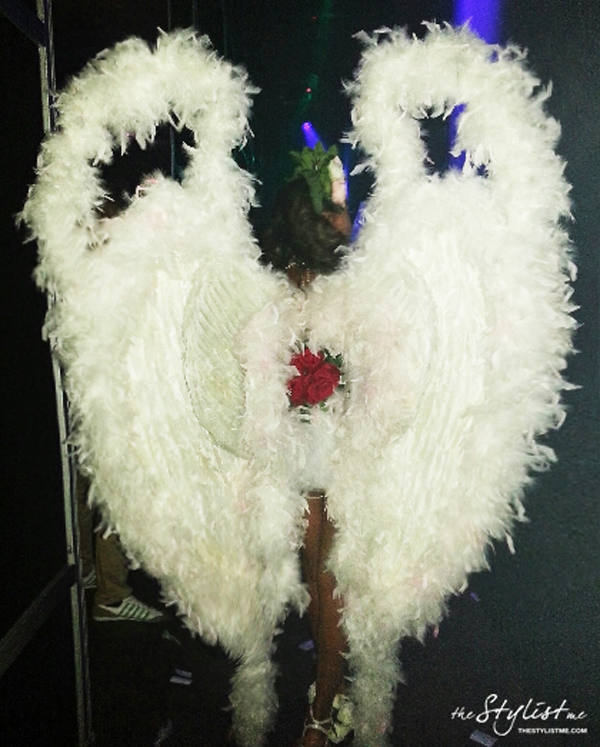 This is the back of the wings; it looked really 3D  effect with the rose sin the middle. It was three wings glued together to get the look and the size! It wasn’t easy though. I had to attach roses to the headband, combine three different size wings into one massive a pair, and created an ad hoc feather boa structure to make them even bigger. In the end though it came out exactly as I had envisioned it. 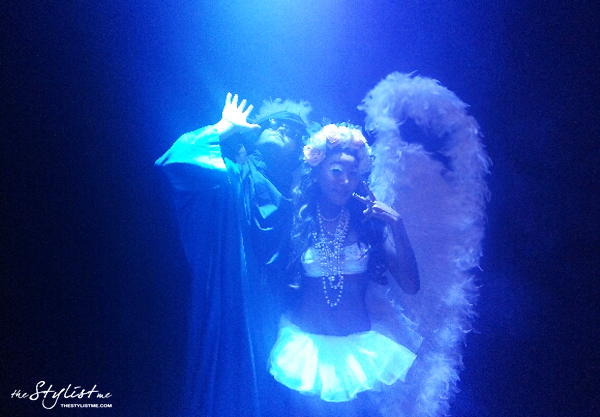 Thank you sooo much @Marcello Tomasi all for helping me with LOVE make the wings it was really fun! 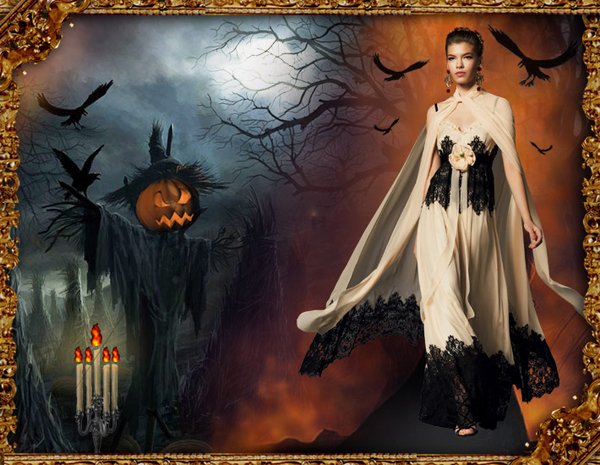 Halloween is no longer a children’s holiday, Have fun and dress up, whatever age you are!