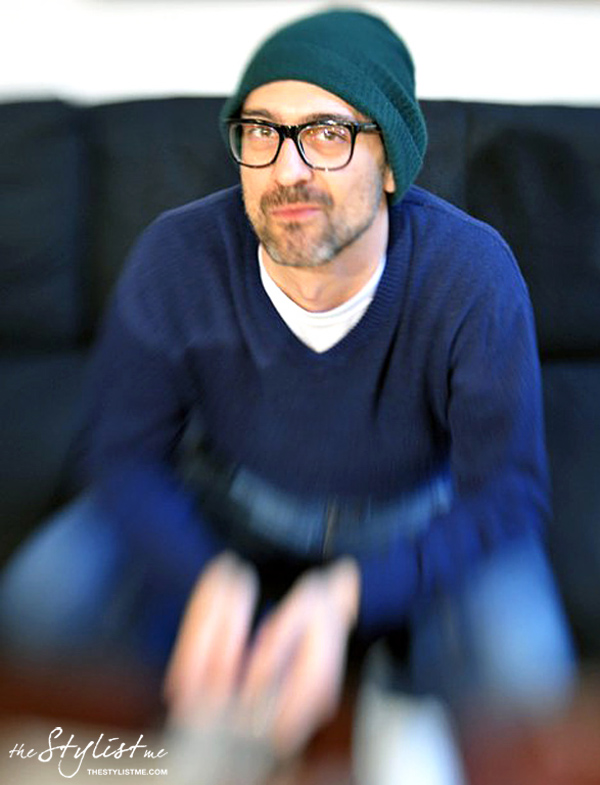 For me, Giuliano is a great man. He keeps surprising me every day. He’s enthusiastic and experimental and always has new ideas. As well as teaching me lots of things about the editorial side of fashion, Giuliano was one of the lovely peoples, with Dennis Valle and Yigit Turhan, who encouraged me to start theStylistme. I’ve known him since I started at Swide.com 4 years ago. He’s an admirable person and editor. It’s always fascinating to discuss ideas with him. I am very glad life has made our paths cross. 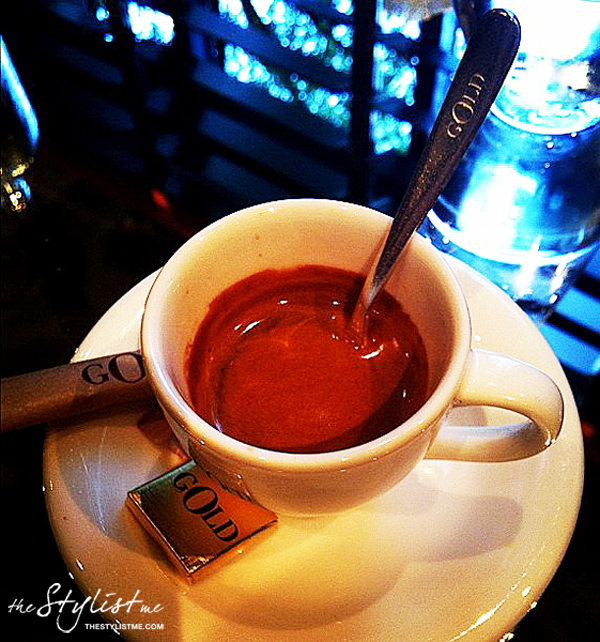 Here he is with his usual ritual: coffee and a cigarette! 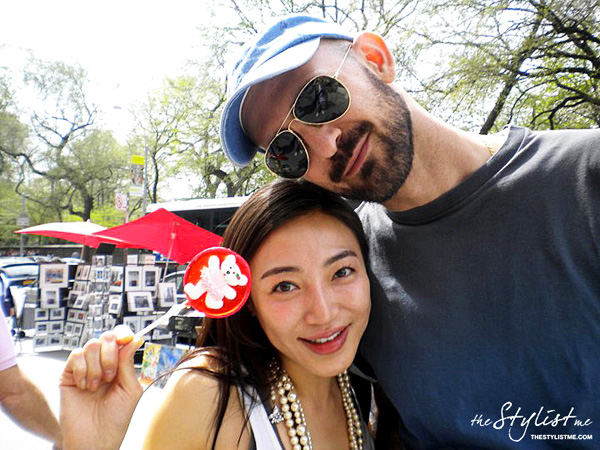 Here is an interview I did to Giuliano, where he discusses his past, his plans and his idiosyncrasies. Enjoy!

You grew up around fashion. What was it about this world which made you want to dedicate your life to it?
In reality I want to dedicate my life to communication. Fashion is one of the environments where communication is most interesting, as it touches on the most irrational sides of the human condition. Its people who interest me the most, and probably what I love most, to tell you the truth. I believe that only art is more important than fashion, and within that, cinema. Unfortunately though, I’m no artist.

What were your fist steps into fashion?
When I was 3 or 4 I used to look through VOGUE at the shop where my father worked. Later, when I was 15 my family opened their own boutique and I grew up in there. My first real job was applying prices to the garments that were delivered to our store.

You were Editor in Chief at Gay.tv, How did you start? How did you get all the way to the top?
When the satellite channel was founded I was asked to be involved in the website. At the start I did everything on my own. As time went on, the site became increasingly important, more than the tv program, and it became more onerous cost wise. It was an experimental uniquely experience. On www.gay.tv  we created a social network even before Facebook was born! Those were crazy times!

What did the experience in Endemol give you?
I worked for YAM112003, which is a company within Endemol specialized in online content. A multinational TV company, used to a passive public like that of TV, had to come to terms with the hungry and proactive digital community who wanted new formats and inclusive content. It was really interesting to fight against the Endemol mentality, and help them to realize the evolution of entertainment. In YAM112003, thanks to a brilliant and enlightened manager like Laura Corbetta we were able to experiment a lot.

What was it about Swide which seduced you?
Swide was an enlightened idea by Domenico Dolce and Stefano Gabbana. They understood the potential of editorial communication of a brand on their website. I couldn’t but be seduced by this experiment, brave and innovative.

We’ve been working together for years, and I know you. You’re a bit moody; do you think aids your creativity?
No, I think it’s a defect that even a creative individual should not indulge in especially with others. So please, if you notice this, tell me I’m being difficult, so I’ll learn.

You have a predilection for fluo colours, why?
Well, I actually love blue and block colours. In the past year I’ve moved onto the fluo palette, but I’m getting bored of it now. Everyone is wearing them! 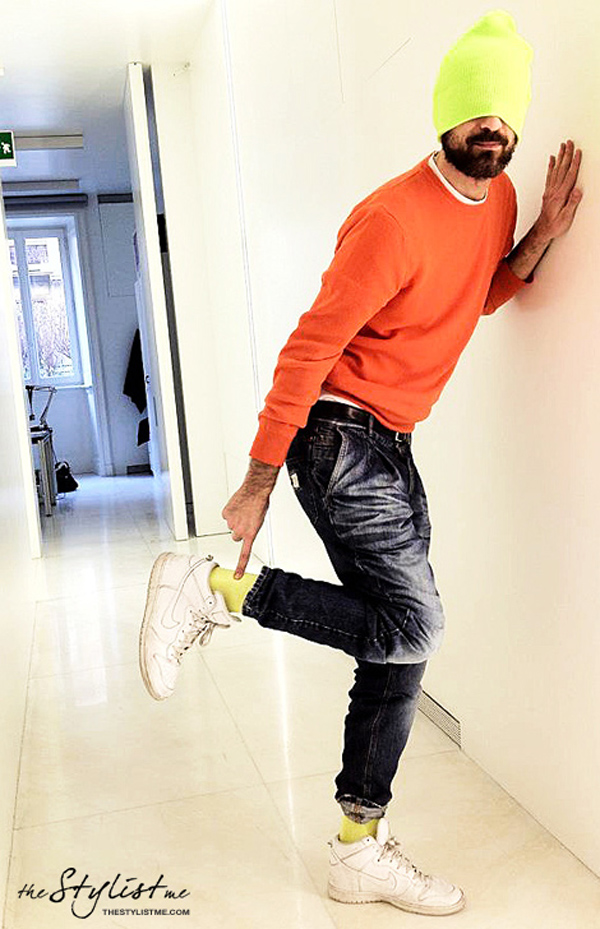 Your styling starts with your socks- how come? In the morning socks are the first thing I put on, so from there my outfit takes shape! 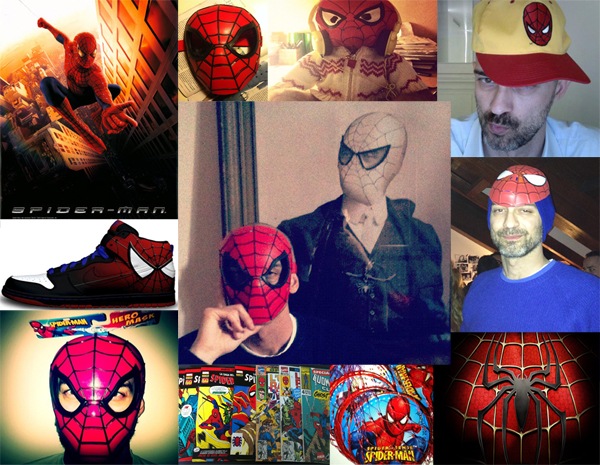 So, tell us about your obsession with Spiderman… Spriderman as a superhero has a real sense of understatement about him, I like that. And his irony. Also, the spider, and its web remind me of the web, in terms of communication and the new horizontal webs of collaboration between people. That’s why I’ve chosen Spiderman as my avatar for my digital identities on the internet. But its just a game. From an autobiographical viewpoint, as a child I was a fan of the cartoon which they showed in Italy when I was like 4 or 5.

You have an infallible eye for spotting the next big mood. Is it a gift or down to experience? I think I understand what people may like in terms of iconic beauty. It’s a gift which I don’t deserve.

I remember 5 years ago you said you were ready to bet on Simon Nessman.

You were right. Who do you bet on now? Simone Nobili 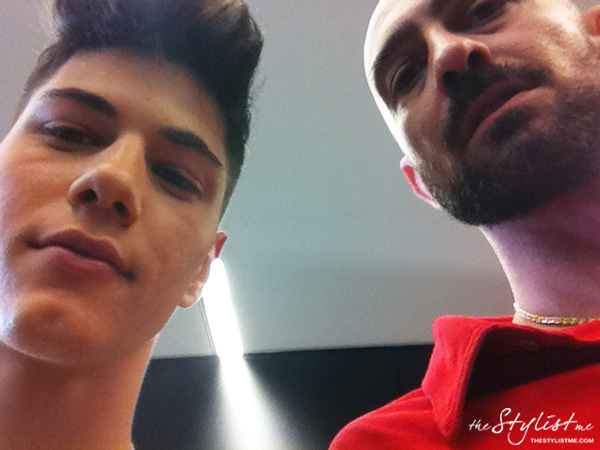 What is it you like most about your job? Discovering new talents and coming up with new things.

And what do you like the least? The politics and public relations.

Are there areas of fashion still unknown to you which you would like to explore next? Yes, mixing fashion with entertainment. Its very hard, but I’m working on it.

Where would you like to be in 10 years? I would lie to be content and stimulated as I am now, to be together with the one I love, and who loves me. This would be enough.

What is it you like most about fashion? The irrationality. The impossibility of the marketing to try to control the most basic compulsions that fashion creates in people. Fashion is a reserve for creative people, and it will always be so.

And what don’t you like about it? The growth of multinational brands, the extreme marketing, which destroys the poetry and kill the magic and history of the brand.

How would you define your style? For clothing? I’d say easy but personal.

What’s your fondest fashion memory? When my father trusted me to buy a whole collection of shirts on my own. They went really well at the boutique.

In your life as a journalist you have done many interviews? Which one was the best? And the hardest one? The best was at Valentino Rossi for L’UOMO VOGUE. While the hardest was to young addicts who lived in a rehab centre. 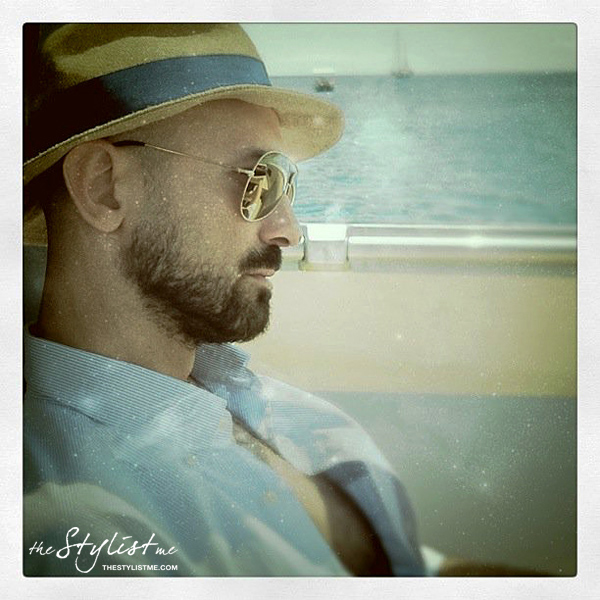 Do you have a dream you would like to share with theStylistme readers? Yeah, but its no secret. To leave everything, including you and dedicate myself to cinema. But maybe I’ll never do it. 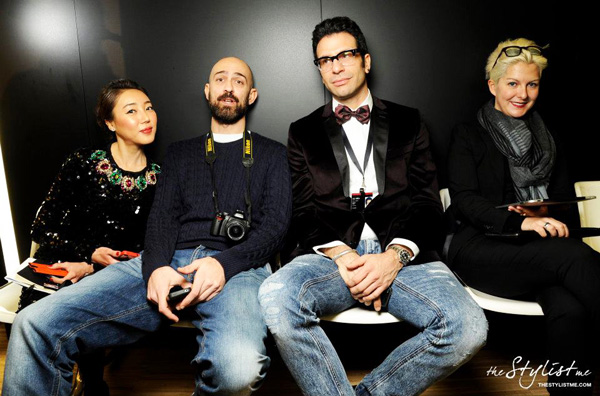 Giuliano Federico with Digital marketing Team in the backstage of fashionshow with Dennis valle , Bernadette Nomis di Pollone , Me.