My Shooting with Mini Magazine at Excelsior Milan 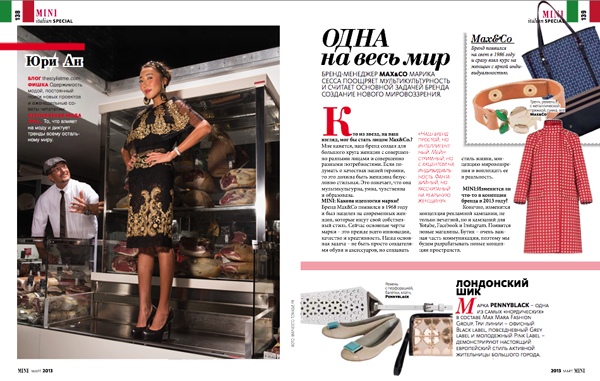 A few weeks ago I’ve a special day for a shooting with Mini a Russian magazine at Excelsior Milan, the new luxury mall. When they contacted me to arrange this shooting for a special issue featuring the Italian fashion bloggers, They’ve proposed to do it at…Excelsior’s butcher! The idea was to create the contrast between the Dolce&Gabbana FW 2012 collection , a “Baroque extravaganza” and a traditional (tipical) Italian market! 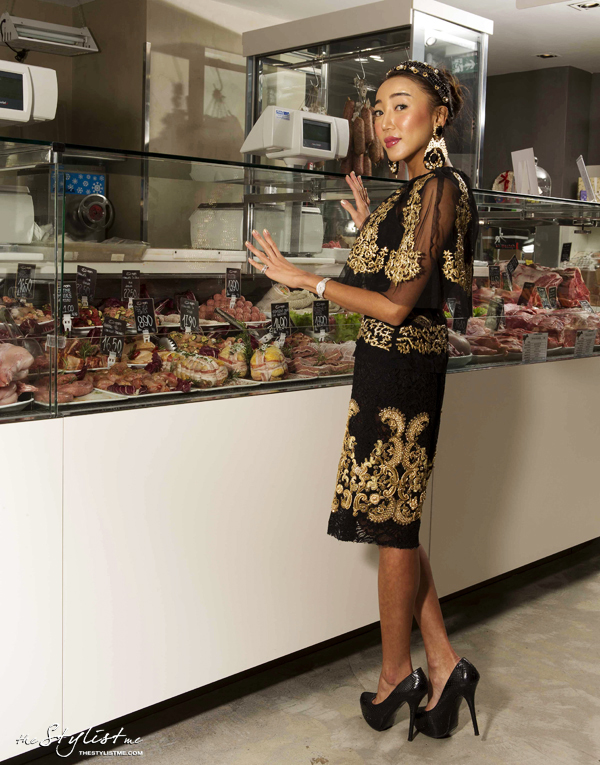 We were a little bit confused on the location…Butcher or Deli? 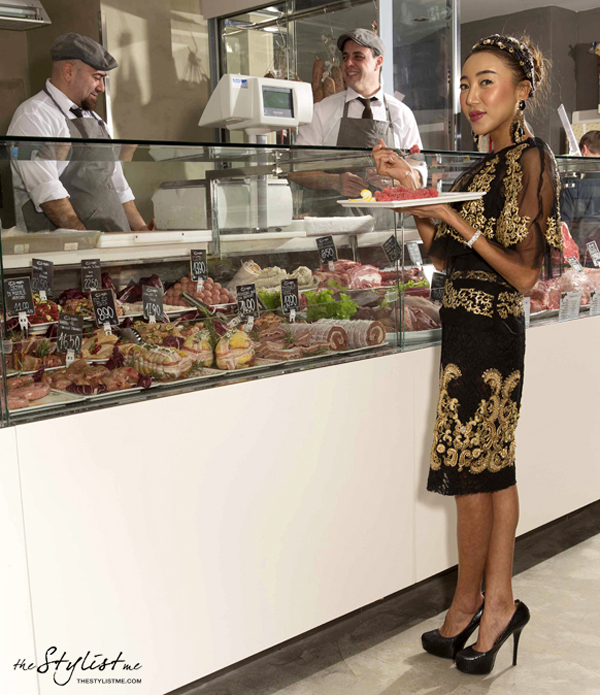 While we were deciding, this kind gentlemen gave us a delicious beef tartare, the best I have ever eaten! 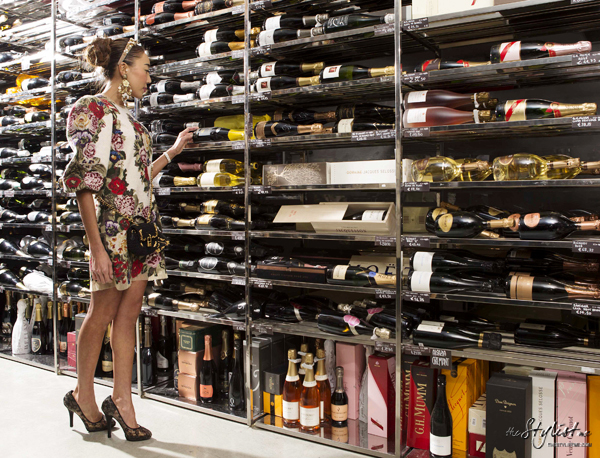 Then we moved to the wine corner of Excelsior, to choose a bottle for a special dinner I was organizing for my friends… 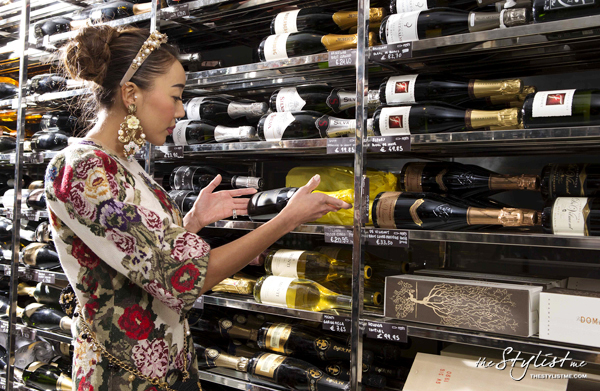 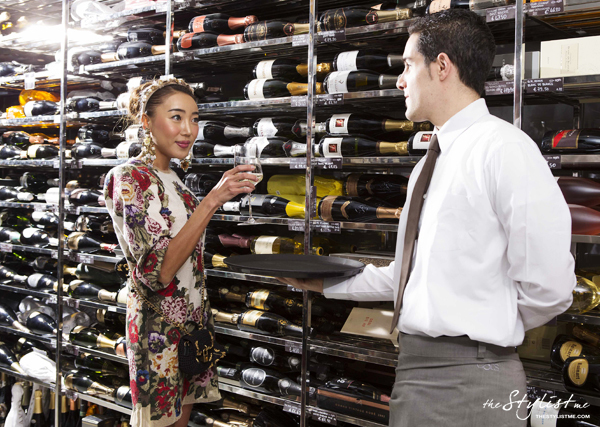 Here I am, while tasting some wine with this kind waiter, and…let’s say I was pretty drunk! lol 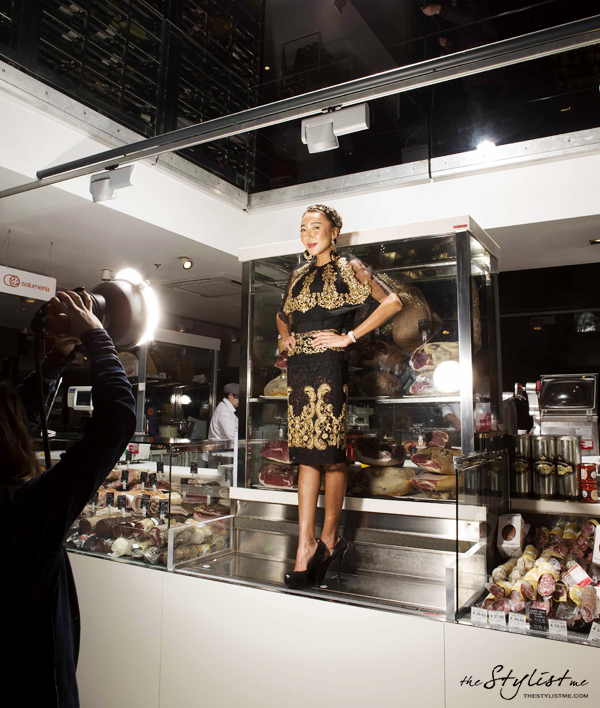 …and then this is the place we chose for our shooting…what do you think?? It was quite embarassing to stand on the in front of everybody… 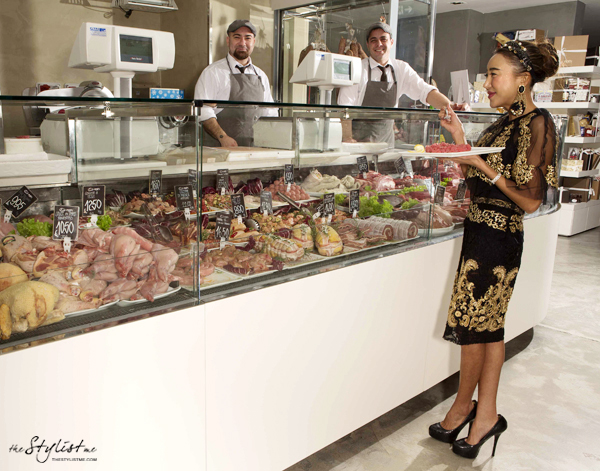 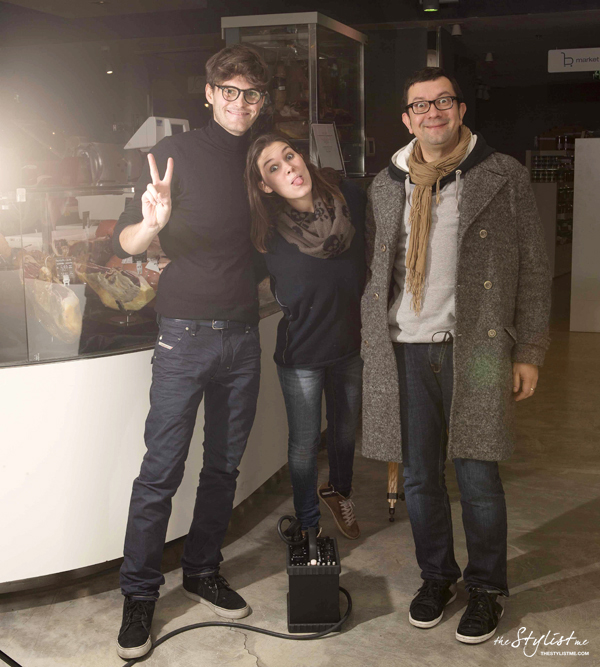 Here is the sweet team for shooting! Thank you very much  Vladimir Jarnikov, Marcello Tomisi, Clara with my heart! 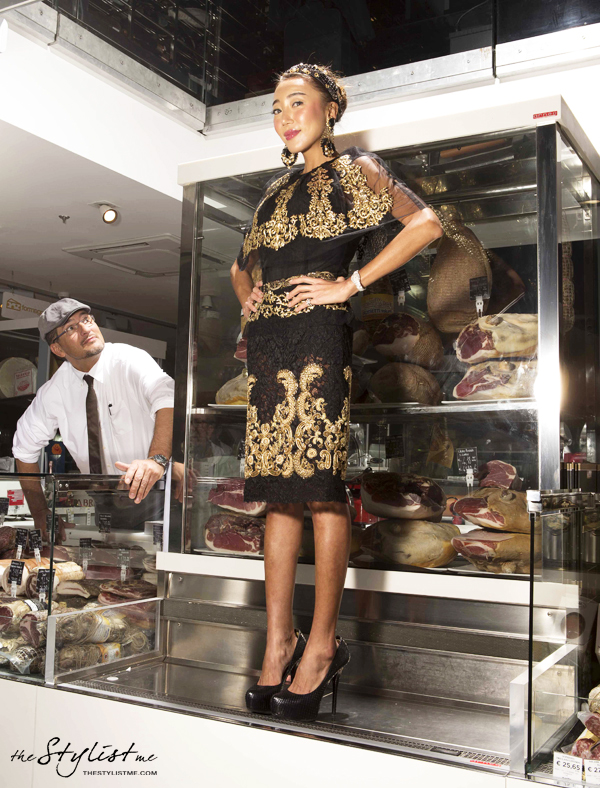