Campioni: my first experience as a Video journalist!

The exhibition. This fashion week #MFW I was rather busy, and one of my missions came directly from Domenico Dolce, I had to interview the protagonists of his first Photograpfic book: Campioni. As soon as I heard I got worried, as I know nothing about football, but I had some help and we got some good questions ready for the young footballers. The evening began with a beautiful exhibition in the new Dolce&Gabbana design headquarters. There were massive posters all over the walls and single shots of the players along a corridor, it was all very elegant and beautiful. 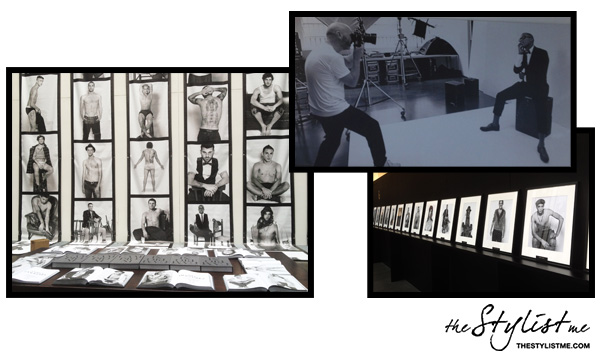 Three hours before the red carpet call the team involved in the event met up to organize everything. Thank you guys so much for helping me out! I couldn’t have done it without you! It’s show time!! Dress code-impeccably elegant! It was my first experience as a video interviewer and behind my smile my legs were actually trembling!!!! lol 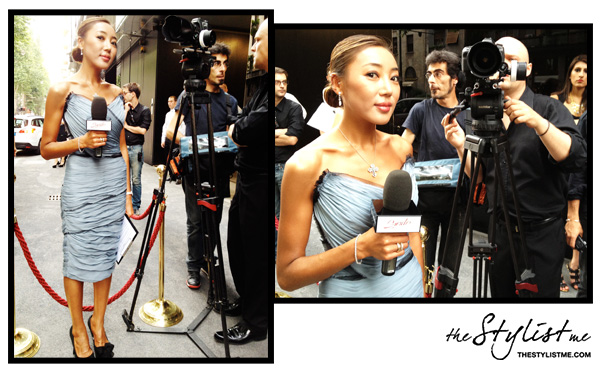 The guest list was 18 footballers, and they arrived in two, so I had to interview them super quickly. After the first 5 I felt rather at ease, and then Enrique Palacios and Adam Senn turn up they were supposed to arrive after the footballers! I panicked, but I successfully interviewed them! I knew Adam Senn was incredibly handsome, but Enrique Palacio’s elegance and charm was special, Isabella G was so right! 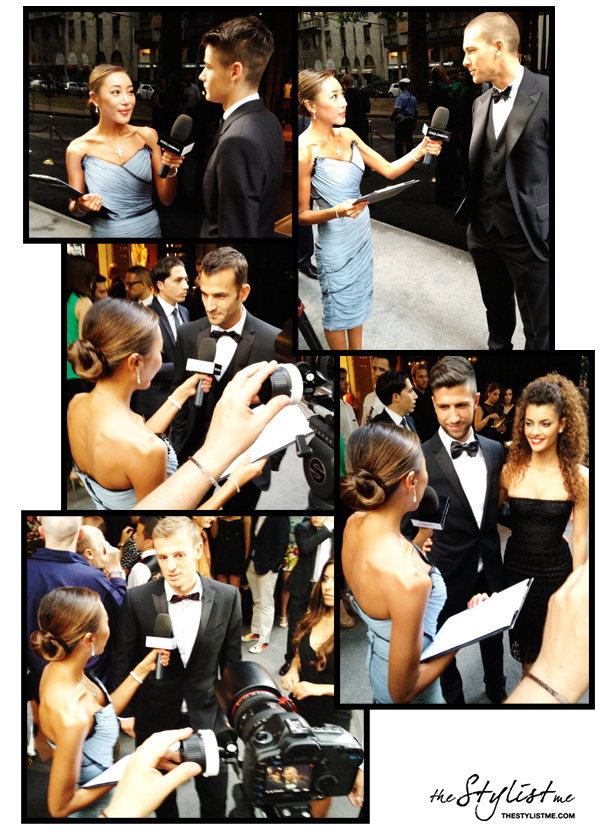 After the footballers and Adam Senn & Enrique Palacios it was time for me to interview with Domenico Dolce and Stefano Gabbana. After a couple of minutes wait, I got between the two designer and interviewed them for Swide. I was touched by Domenico’s enthusiastic and intelligent answers about his work, and I loved the fact that being a photographer was his dream! I also appreciated Stefano’s advice: “if you want to do something just do it, don’t be afraid”- it should be a lesson for all of us. At the end of the interview I asked Stefano what his dream was- and his answer? To be on the beach- always! And I agree! The designers complimented my dress (well its their’s anyway!!!). Thank you all for helping me choose what to wear for the event. 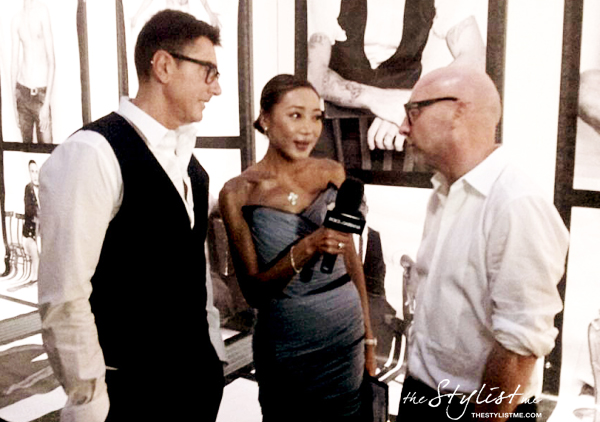 The whole process took 40 mins, but I was soo tired after it seemed like hours! It was a really fun experience and thank you to all those who supported me and helped me make this a success! I’m really happy with the video! Without the help I could have never made it! Here!  Campioni launch event: the video interviews. 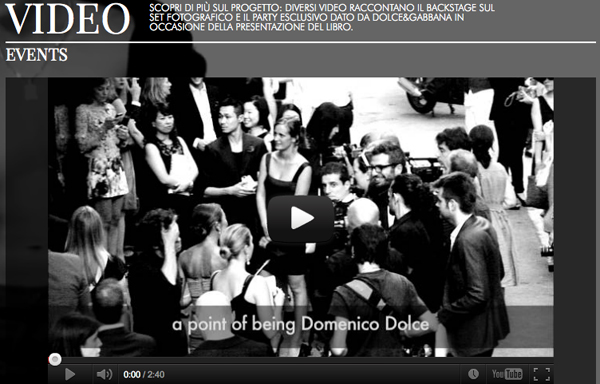 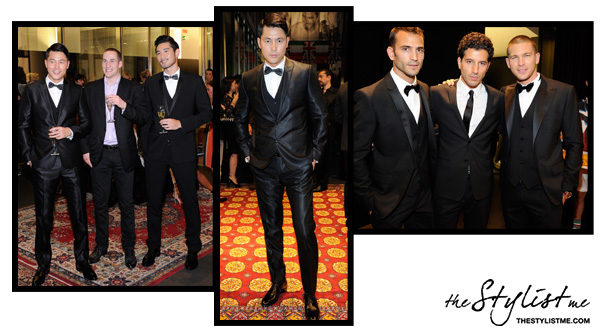 The footballers were all very elegant at the show, they were dressed by Domenico Dolce himself. 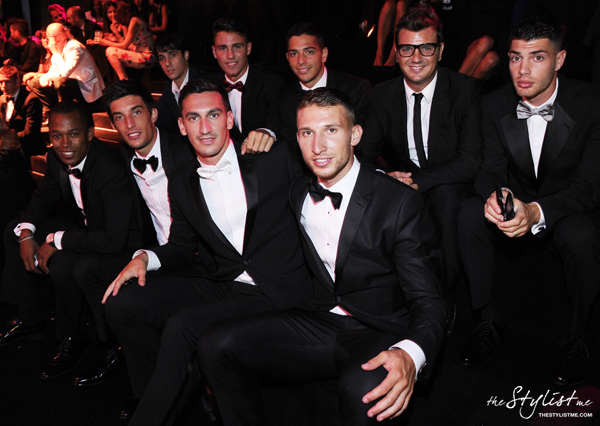 The evening also saw the Quarter final match between Italy and England. The EURO 2012 match was shown on massive screens during the exibition and at the Metropol theatre! It was fun to watch everyone cheer italy on and finally win! Alle 23:45 at PARTY! Finally the party started a bit late after the penalty shoot out! The first song was the Italian National Anthem and a glitter shower! I’m not a footfall fan but the atmosphere was great, and I LOVE GLITTER!!! 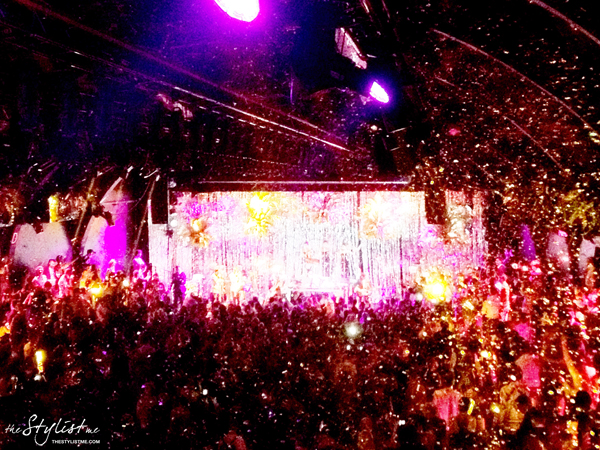 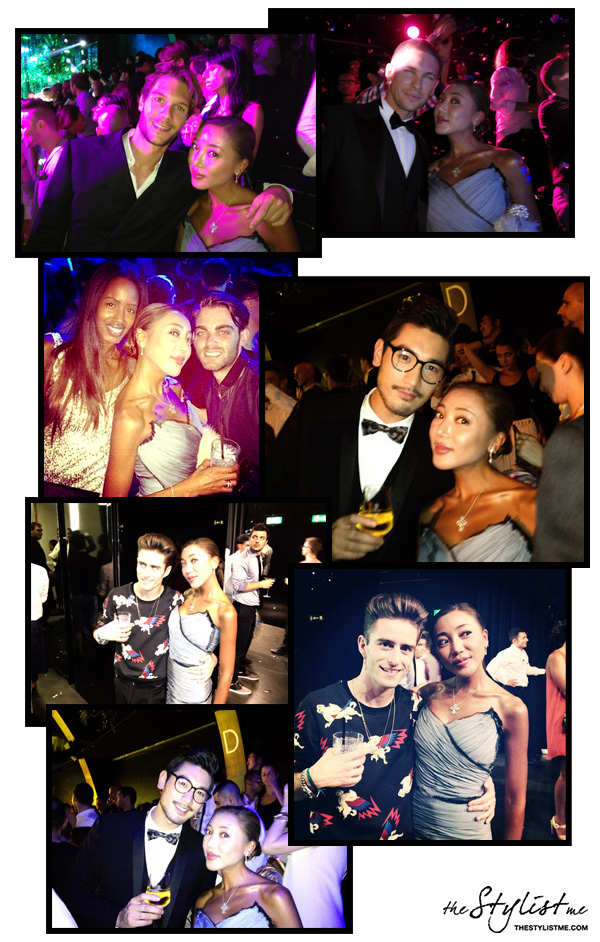 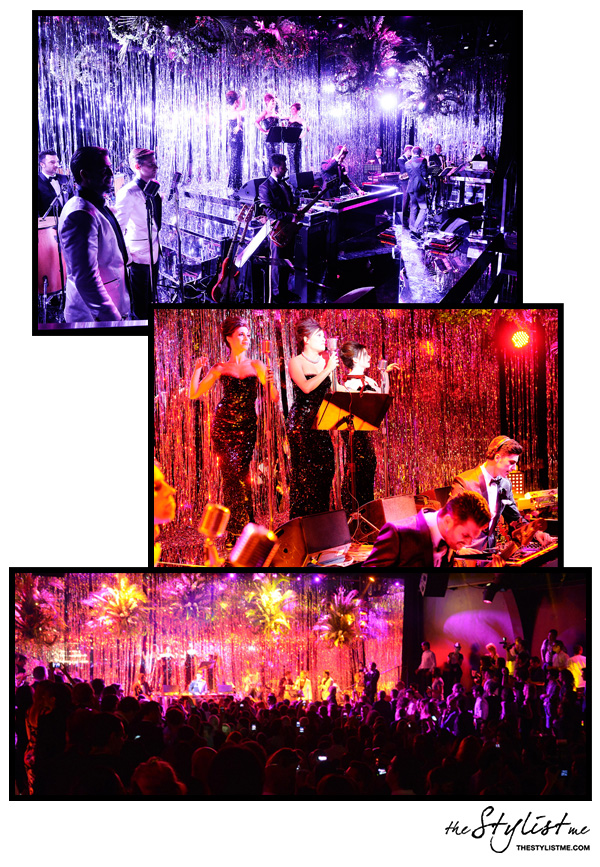 The party was catered by Belvedere Vodka, or you could have white wine, but not many did. 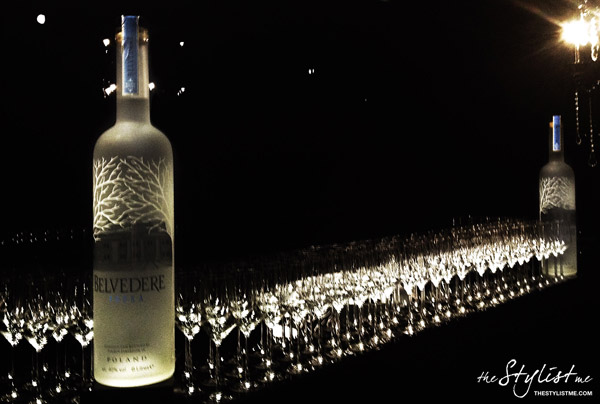 Italy won so everyone was much happier at the party!!!

This fashion week #MFW SS13 was so exciting! I did quite a few new things for me! I loved the interviews! I really enjoyed myself, and I think I learned some new skills.

Domenico Dolce “I was eight when I first came across football“

This fashion week #MFW SS13 was so exciting! I did quite a few new things for me! I loved the interviews! I really enjoyed myself, and I think I learned some new skills.

In the Backstage at Dolce&Gabbana SS13 Fashion Show