If i had to choose between going tot h beach or to the mountains, i would always opt for the beach, I just love the sea. Whenever its humanly possible, i like going to the beach with friends, in summer and in winter too. There is something so relaxing about watching the sea, the horizon, and the sound of the waves lulling your care free thoughts. When i’m by the sea i just feel i can let go of my concerns, of my daily routine… as well as getting a tan of course! When summer hits Italy i often go to Liguria to the beach. There are so many beautiful little place, each one is different and characteristic of the traditions of the region. Its different form the South of Italy, but no less romantic. My favourite places to go are Cinque Terre, Porto Venere, Lerici, Portofino and Camogli. This time though, i found a secret paradise ‘Bagni Sillo’. I was looking for a new place to visit for a quiet weekend with some friends, and this place was exactly what i was looking for. Thank you thechicfish.

I went with some my lovely friends who also love sun sea and #Relax: @Yigit Turhan, @Nicolo Milella, @Dennis Valle, @Gilda Manfrin Now, lets go discover Bagni Sillo! Bagni Sillo Is close to the Sori village train station. To get there you need to follow a tiny road with no signs. We had no idea what was waiting for us at the other end! After a 15min walk and trepidation, we arrived at the top and WOW! It was truly a slice of paradise! White beach umbrellas on the rocks, blue sea, it reminded me of the volcanic island of Santorini in Greece. The resort was full of flowers, and you know i absolutely love flowers. I immediately started to Tweet‘welcome to paradise #happiness’ And again, i got another positive shock when i descended the steps into the sea, WOW, the water was so clean, crisp and transparent, this incredible emerald green mixed with blue, and so deep. It looked totally untouched, like some undiscovered island somewhere. But it wasn’t Thankfully. So we went to have lunch at the Bagni Sillo restaurant. It was nice and refreshing to sit and chat under those white umbrellas. I had a prawn salad with melon and focaccia, a speciality in Liguria. It was so Yummy!  And here’s a cool tip for you! The bottle of white wine we ordered at the restaurant was served in a novelty ice bucket: one of those beach buckets which kids use on the beach to build sand castles and stuff- with the cute cartoon images on it! It was so cute, and a good idea! @Yigit Turhan Loved it! lol We really did fall in love with Bagni Sillo that weekend. It was exactly what i wanted: a lazy Sunday w/ friends by the sea. Here’s my tweet from that day if life can always be this sweet at Bagni Sillo!

After two weeks i decided to go back with some other my friends. @Massimiliano Angelini, @Dennis Valle. I was so happy to go back, and to take my best friends to such an idyllic place. The resort was quite empty that Sunday, the European Cup final was on that evening and Italy was playing against Spain. lol

At the end of the day we had to have an aperitivo with spritz! yeah! I was really happy because @Massimiliano Angelini Gave me some lovely massive earrings which i love to wear in summer. As I’ve told you before, in summer i like to mix and match my accessories, to choose large ones that are visible from far and match them to simple dresses.

Grazie @Massimiliano Angelini & @Toast accessories! Who helped me create a glamorous look for my aperitivo at Bagni Sillo

Here’s how to get to Bagni Sillo – From Milan its really simple, just take the train. Its complicated to go by car due to the traffic and the lack of parking in the village. Once out of the station take a tiny path on the left, one which looks that isn’t going towards the sea. After 15 mins walk you get to Bagni Sillo. 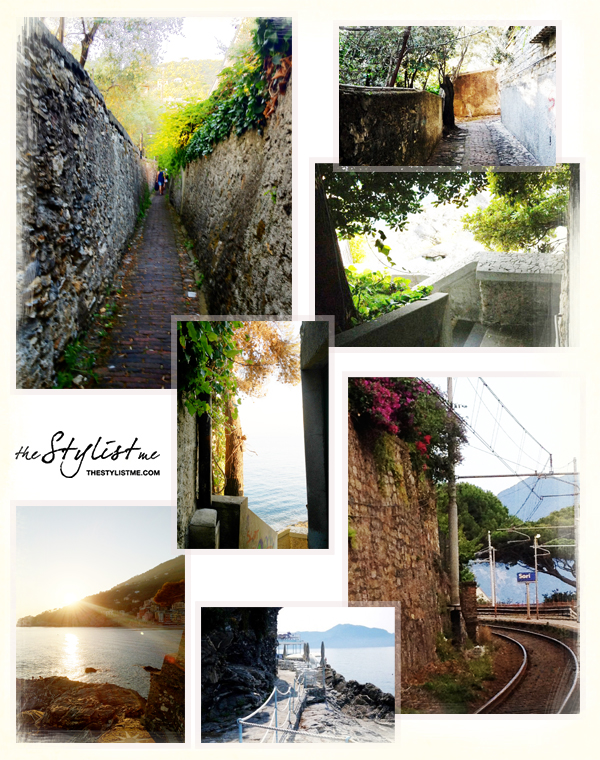 Want to know more about tanning make up? Here are my tips.